The Sedona International Film Festival is proud to partner with the Women For Women Learning Center to present the encore return of “The Valley” and filmmaker Q&As on Thursday, Oct. 24 at 4 and 7 p.m. at the Mary D. Fisher Theatre.

“The Valley” debuted to rave audience reviews at the recent Sedona International Film Festival — where it won the Best Impact Film “Movies into Motivation” — and is returning to Sedona by popular demand.

“The Valley” is the story of how a diverse group of citizens from the town of Telluride fought an uphill battle against a multinational corporation to protect a 600 acre valley that is the gateway and the character of the town. They had three months to raise $50 million dollars or lose the land forever to development. The issue nearly tore the town apart, but ultimately brought them together to keep the valley, forever wild.

The award winning documentary “The Valley” illustrates the power and the hope of three dedicated women who helped raise $50 million dollars in three months to save their community’s most precious resource.

The Women For Women Learning Center empowers young “at-risk” girls and women to positively transform their lives. The organization believes that by giving girls and young women a sense of purpose and belonging, they will do more with their lives, and give back to their community in the future.

Stay after the film for a Q&A with “The Valley” filmmakers Ron Melmon and Bryan Reinhart and an introduction to the principles of the Women For Women Learning Center. 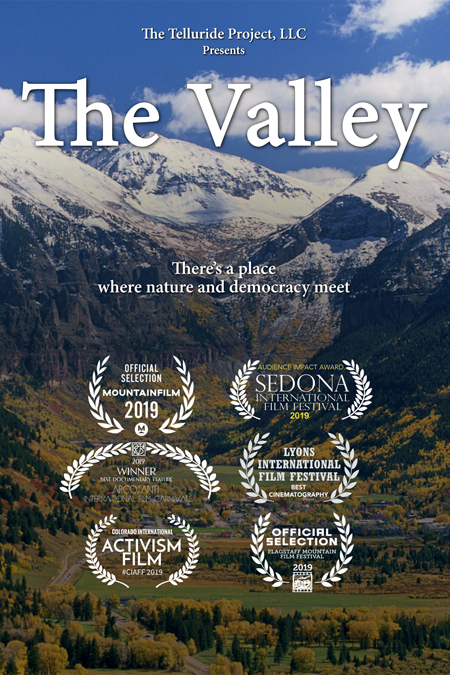