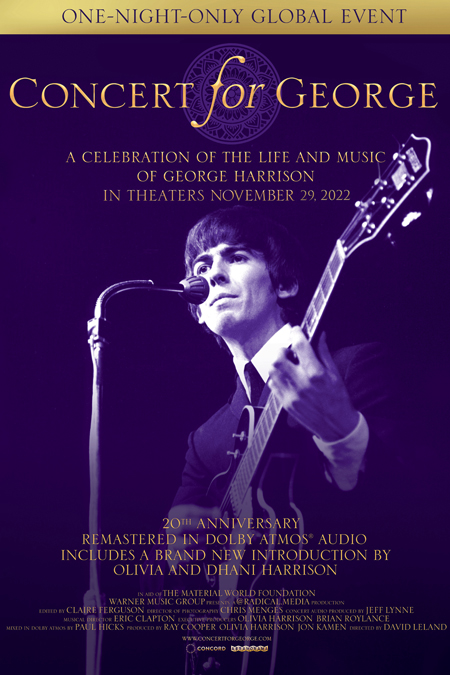 Sedona Film Festival partners with Old Town Center for the Arts
for “Monday Movies on Main” with ‘Concert for George’ on Monday, Dec. 5

The Sedona International Film Festival is proud to partner with Old Town Center for the Arts to bring movies to Cottonwood!

“Monday Movies on Main” continues on Monday, Dec. 5 with the Cottonwood premiere of “Concert for George” at 7 p.m. at Old Town Center for the Arts. 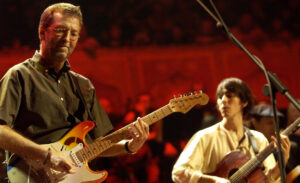 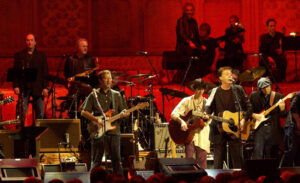 “Concert for George” captures stunning renditions of some of the most significant music of the 20th century, including “While My Guitar Gently Weeps” (featuring Clapton on guitar, McCartney on piano and Starr on drums), “Taxman” (performed by Tom Petty and the Heartbreakers) and “The Inner Light” (covered by Jeff Lynne and Anoushka Shankar). Lynne, Harrison’s longtime friend and collaborator, produced the audio elements of the concert, while Clapton oversaw the entire proceedings as Musical Director.

“The sweet, solemn music of George Harrison has rarely sounded more majestic than in the sweeping performances of the enlarged star-studded band that gathered in London at Royal Albert Hall on Nov. 29.” — The New York Times

“The event’s warmth sweeps the audience along.” — Guardian 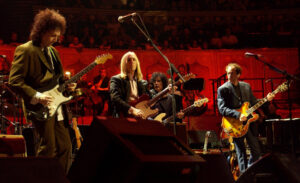 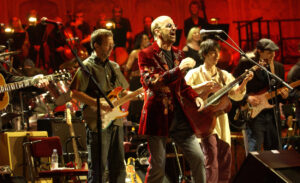 “The fondness that everyone in Eric Clapton’s all-star band has for the former Fab shines throughout a tribute that retains the sincerity and simplicity of Harrison’s music.” — Empire

“It’s hard to think of a more fitting tribute to a man who, despite being in the world’s biggest band, spent so much of that time in the shadows of his fellow players. George’s songs take center-stage here, lovingly arranged by musical director Eric Clapton to accommodate as many famous friends as possible.” — Record Collector

“Concert for George” will show at Old Town Center for the Arts on Monday, Dec. 5 at 7 p.m. Tickets are $12 general admission and $9 for Film Festival members and $10 for students. Movie concessions will be available, including beer, wine, soft drinks, water, popcorn and a selection of movie candy.

CLICK HERE to see a trailer of “Concert for George” and to order tickets online.