Toyota presents Matchstick Productions’ latest creation, “A Biker’s Ballad”. The team at Matchstick has brought you the highest level ski movies for years. Now we are bringing that same stoke to mountain biking.

“A Biker’s Ballad” explores the various disciplines of mountain biking in the birthplace of the sport, Crested Butte, CO. Ranging from Enduro to Cross Country to Freeride, the filmmakers at Matchstick leave no stone unturned. This is a bike movie for all riders and an ode to the deep rooted culture of the sport. 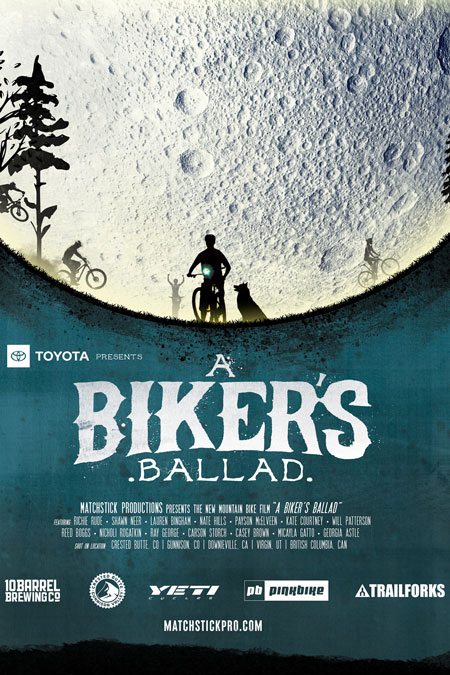