A Prayer for Compassion

The Sedona International Film Festival is proud to present the Northern Arizona premiere of “A Prayer for Compassion” on Sunday, Oct. 27 at 7 p.m. at the Mary D. Fisher Theatre.

The film’s director and producer, Thomas Jackson, will be in Sedona to host the special event and will have a Q&A discussion after the film screening.

“A Prayer for Compassion” — which was recently selected by a plant-based publication as one of the 21 Must-Watch Vegan Documentaries that will inspire people to change the world in 2019 — strives to motivate and encourage those already on a religious or spiritual path to expand their circle of compassion to embrace all life, regardless of species, and make choices in alignment with this value.

The film follows Thomas on a quest across America, to Morocco for the UN World Climate Conference, and throughout the Indian subcontinent, asking the questions, “Can compassion grow to include all beings and how will people of faith respond to the call to include all of the planet’s inhabitants in a circle of respect, caring and love?”

“A Prayer for Compassion” calls on people of faith and spiritual seekers of every stripe to come together to bring about a world in which “The wolf will live with the lamb, the leopard will lie down with the goat, the calf and the lion and the yearling together.” (Isaiah 11:6)

“I’m so excited to finally bring ‘A Prayer for Compassion’ to audiences around the world,” says director and producer Thomas Jackson. “I feel it’s time we challenge ourselves, as people of faith, to truly live the teachings of compassion that are at the heart of all spiritual and religious traditions. The future of our children depends upon it.”

Actress Evanna Lynch — Luna Lovegood from the “Harry Potter” films — said of the movie, “I was very moved by the many voices that make up this powerful documentary and by the unwavering conviction with which so many spiritual leaders spoke of the imperativeness to act now, align our actions with our spiritual values and take moral responsibility for humanity’s treatment of animals.”

Musician, producer and animal rights activist Moby said, “This film reminds us that no being should be exempt from grace, kindness and compassion.”

Join us for this very special evening and film, and enjoy a Q&A discussion with director/producer Thomas Jackson. 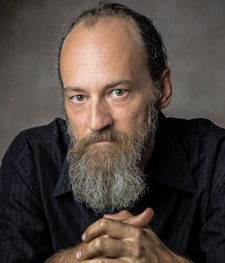 About Thomas Jackson
Thomas Jackson is an award-winning filmmaker, photographer and musician. He received his Masters from Florida State University’s prestigious College of Motion Picture Arts, where his thesis film won both the Student Academy Award and Student Emmy Award. He currently lives in North Florida with his 6-year-old daughter Melody, who is featured in the film. 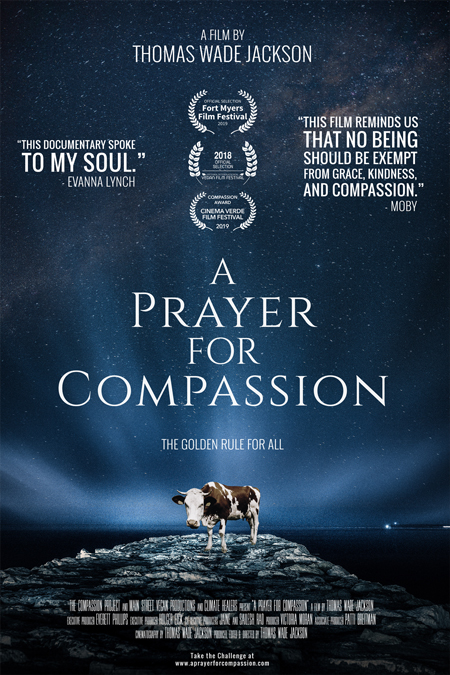