A World Fusion Musical Journey:
From Africa Across the Seven Seas
with Shibambo and Conti

Join Baba “Vusi” Shibambo, South African drummer, and Terri Conti, acclaimed accordionist, for a magical evening of world fusion music blending the classical sounds of the accordion with the ancestral rhythms of the African bush. “A World Fusion Musical Journey: From Africa Across the Seven Seas” takes the stage on Saturday, Oct. 16 at 7 p.m. at the Mary D. Fisher Theatre.

Earlier this summer, for an art opening in the Village of Oak Creek, Shibambo and Conti performed for the first time as a duo and found that the exuberance and ethnic flavor of the accordion was ideal for floating African melodies over the dynamic rhythms of the drum. This vibrant musical team has now created a new show that will take the listener throughout the four corners of Africa into Europe and beyond. Conti will play a sampling of music from the Celtic, French, Italian, Argentinian tango and Eastern European gypsy folk music traditions while Shibambo will dazzle the audience with his mesmerizing and hypnotic tribal beats. The team is excited to present their renditions of well-known African songs with a refreshing new twist! 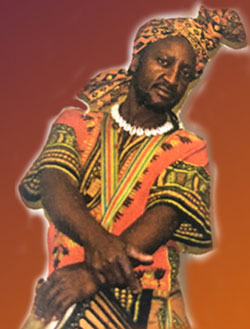 Baba Shibambo is a Master Hand Drummer, an international touring performer and recording artist. Born of Zulu lineage in South Africa, his name literally translates into English as “Guardian of the Skins and Keeper of the Drums”. Growing up during Apartheid, he began to play drums as a boy under the tutelage of his mother. Proceeding years found him touring internationally with South African musical and theatrical productions. Shibambo was honored to play for Nelson Mandela’s historical prison release in 1990 and again to commemorate Mandela’s artwork created while in confinement on Robben Island. Shibambo is a multi-instrumentalist playing percussion, African djembe, uudu, conga, marimba, mbira (kalimba or finger piano) and even the Bushman’s Bow. In his ancestral tradition, he continues to follow this path reviving and preserving his Zulu musical heritage through the beat of the drum and the art of storytelling. 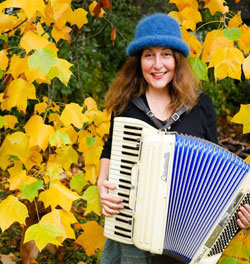 Traveling minstrel, pianist and accordion virtuoso Terri Conti has been sharing songs from around the world for the past 20 years. Mesmerized by a small purple accordion at age 6, Terri quickly became a prodigy, winning state, national and international competitions for the accordion. A music scholarship brought her from her home state of New Jersey to California where participation in overseas programs during college furthered her interest in ethnic music. She has played with diverse ensembles including Isle of Klezbos, Metropolitan Klezmer, the Clare Horgan Trio, (Ireland), Belgian recording artist Micheline Van Houtem, They Might Be Gypsies and the David Arkenstone orchestra. Terri has also “busked“ in New York City, Santa Cruz, Key West, Burlington, Vermont, Provincetown, Montreal and various cities in Ireland and France. This year Terri left her position as music Director of the United Methodist Church of Provincetown to satisfy a calling to spend time in Sedona.

Be transported around the world in sound and celebrate the diversity of great music at this most inspiring and unique show. Dancing welcome!

“A World Fusion Musical Journey: From Africa Across the Seven Seas” will take place on Saturday, Oct. 16 at 7 p.m. at the Mary D. Fisher Theatre. Tickets are $20 in advance and $25 at the door. For tickets and more information, please call 928-282-1177 or to order online, click on the BUY TICKETS link above. You may also purchase tickets at the Sedona Film Festival office and Mary D. Fisher Theatre, located at 2030 W. Hwy. 89A, in West Sedona. 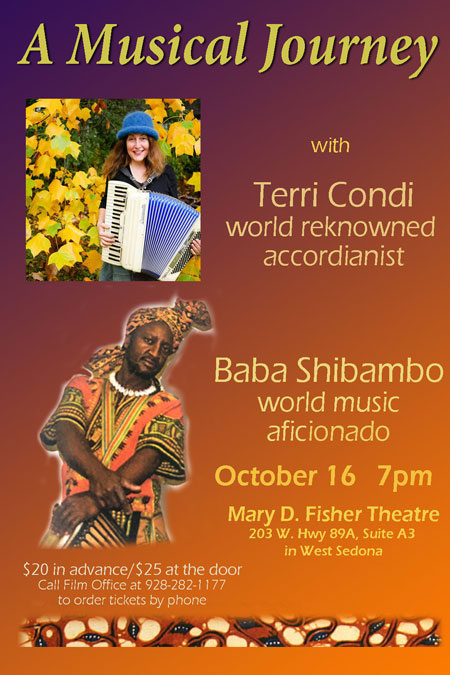