The Sedona International Film Festival is proud to join cinemas around the globe for a worldwide theatrical fan event “ABBA: The Movie” showing Thursday and Saturday, May 12 and 14 at the Mary D. Fisher Theatre.

Have the time of your life when “ABBA: The Movie” dances back into movie theaters for a special two-day fan event celebrating 50 years since the Swedish pop sensation was formed and 45 years since the film’s original release.

Captured by director Lasse Hallström during their mega-successful tour of Australia, the newly remastered film will take you on a flashback journey to the 1970s when disco reigned supreme and ABBA were royalty. Including backstage footage as well as full-length performances of some of ABBA’s greatest hits including “Dancing Queen”, “Tiger”, “Name Of The Game” and “Eagle”, the film provides a rare look at the hugely successful band during the height of their popularity.

The subplot is a mocumentary-style story of a country radio disc-jockey who attempts to land an interview with the band. As deadlines loom, it is a slapstick mix of happenstance and error by the young DJ who is tasked with getting the coveted interview while ABBA’s dedicated bodyguard does everything he can to stop it from happening. 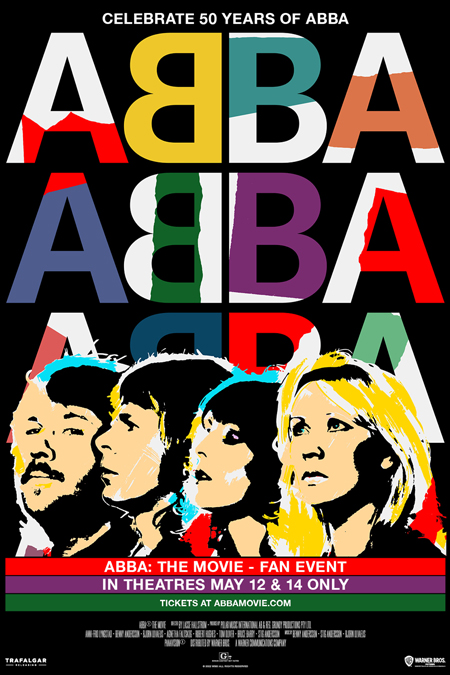