In a Celtic celebration for St. Patrick’s Day, “Ally & The Boys” will perform an exciting mix of jigs, reels, airs and songs in this live Celtic music concert at the Mary D. Fisher Theatre in Sedona!

Featuring Rick Cyge on guitar, mandolin and vocals, Lynn Trombetta on flute and Irish whistles and Allen Ames on violin and mandolin, this group is “Pure Celtic-crossover magic!” Advance priced tickets are on sale now for the Tuesday, March 17, 2020, 7:00 p.m. performance.

Locals will recognize Cyge from his weekly performances in Sedona and his duo, “Meadowlark” with flutist, Lynn “Ally” Trombetta. “Ally & The Boys” is Meadowlark’s Celtic alter-ego with violinist, Allen Ames showcasing their Celtic repertoire.

Cyge and Trombetta formed “Meadowlark” in 1993, performing for a small outdoor café in a beautiful pecan orchard. Originally, their repertoire was mostly Celtic music however they soon evolved into creating their own music inspired by the natural settings.

The Meadowlark duo kept their Celtic underpinnings and became known for their performances of instrumental compositions inspired by the desert southwest region, including “Creek Spirit”, written about Trombetta’s experience in the canyons of Sedona, where she spent her childhood summers and played her flute from high, allowing the sounds to waft down through Oak Creek.

When Meadowlark’s first CD, “Dance of the Sandpiper,” was being recorded, they added violinist Allen Ames to the mix and he became part of the ensemble going forward. Sedona audiences know Ames for his performances with his wife Maryanne Kremer–Ames in their duo, “Lyra”. He also performs on mandolin and various percussion instruments in Meadowlark and Ally & The Boys.

Meadowlark has performed with some of the most notable contemporary musicians, opened for concerts with both Acoustic Alchemy and pianist David Lanz at the Scottsdale Center for the Performing Arts, and has performed in concerts with pianist Robin Spielberg, guitarist Eric Tingstad and harp-guitarist John Doan. Hear samples at www.MeadowlarkMusic.com.

Mary D. Fisher Theatre is an intimate space and can sell out quickly. Tickets are $15 in advance and $18 at the door. For more information, please call 928-282-1177 or order online at the BUY TICKETS link above. You may also purchase tickets at the Sedona Film Festival office and Mary D. Fisher Theatre at 2030 W. Hwy. 89A, in West Sedona. 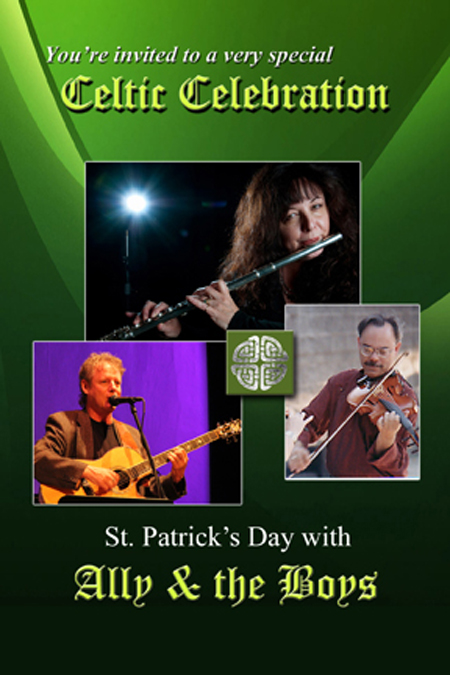