The Sedona International Film Festival is proud to present the Northern Arizona premiere of “#Anne Frank: Parallel Stories” showing one day only, Thursday, Nov. 5 at 4 and 7 p.m. at the Mary D. Fisher Theatre.

“#Anne Frank: Parallel Stories” is a powerful retelling of Anne Frank’s life through the pages of her extraordinary diary guided by the Academy-Award winning actress Helen Mirren, and through the lives of five women who, as young girls, were also deported to concentration camps but survived the Holocaust.

As a dedication to what would have been her 90th anniversary — and in cooperation with the Anne Frank Foundation — the documentary takes audiences into Anne’s room within the secret annex of her family’s hiding place before being deported, and through read excerpts of her diary intertwined with the experiences of the survivors who lived to tell their own parallel stories.

The film firmly roots Anne as a reference point as she wrote about what was happening to a Europe in flames at the time, about Nazism, her fears, hopes and dreams, while also providing the context of past human experiences for understanding our own present and future. 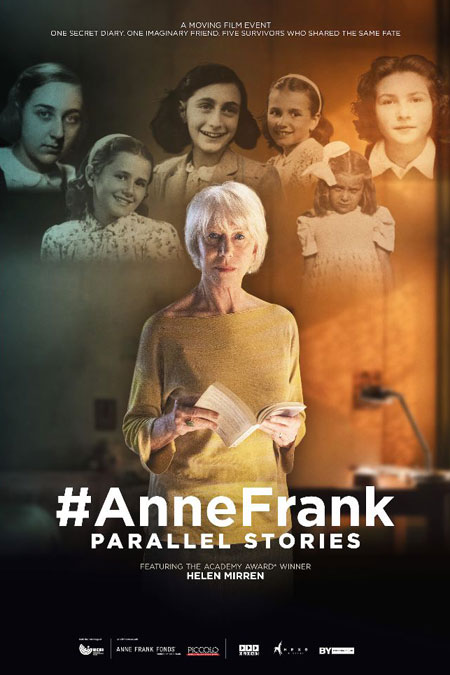