The Banff Mountain Film Festival World Tour is returning to Sedona. For the seventh year, the Sedona International Film Festival is bringing the spirit of outdoor adventure and mountain culture to red rock country. This year’s screenings feature the world’s best mountain sport, culture and environmental films, letting you experience the thrill and challenges of the mountain environments that inspire us all.

The Sedona tour stop has been expanded to two nights again this year: Tuesday, May 4 and Wednesday, May 5 at 7 p.m. at the Sedona Performing Arts Center. Each night will feature a different program of films. Audience members can attend either one of the nights or get a package discount to attend both evenings.

The festival will be observing CDC guidelines and reserved seating at a limited capacity, requiring masks for entering and exiting the theaters and with additional health and safety protocols in place. This special screening event will follow all of the recommended guidelines for the safety, health and comfort of our patrons. 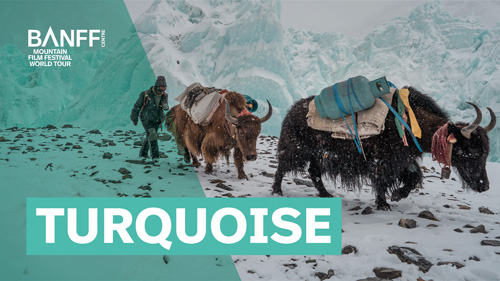 Featured films on Tuesday, May 4 “The Banff Turquoise Program” include:

ACCOMPLICE: The Time Machine: Brothers Cam and Tyler McCaul head to Virgin, Utah for a two-wheeled game of follow the leader in this segment from Teton Gravity Research’s mountain bike film, “ACCOMPLICE”.
A Few Steps from Home: The idea is simple. A small mountain hut, a warm stove, and three friends. Even if the big cities of Munich and Innsbruck are almost in sight, wild mountain adventures can often be found right out the back door.
The Ghosts Above: A team sets out to solve one of the greatest mysteries in exploration: who made the first ascent of Mt. Everest. Every stereotype they know about the mountain and its people are turned on its end during this brutally honest look at one the busiest Everest seasons in history.
Ocean to Asgard: Four friends travel to Baffin Island for a forty-day human-powered adventure, featuring first ascents, paddle descents, and a surprising number of wild flamingos.
FKT: We follow Salomon-athlete Jeanelle Hazlett as she attempts to establish a Fastest Known Time (FKT) record on Mount Brunswick, British Columbia. One wrong step could mean serious injury or death.
24 Leeches: “24 Leeches” documents a family canoe adventure to the Slate Islands of Ontario, Canada and more importantly a way of life. One part family adventure, one part environmental film, “24 Leeches” is a tribute to a father’s best friend and adventure partner, his 10-year-old son.
The Lonely Star: An ill-fated explorer finds himself marooned on a desolate planet. Alone with his thoughts, he is caught between a sandy reality and snowy hallucinations of winters past.
The Chairlift: An ode to the often over-looked device that enabled a sport and still acts as a central pillar of ski culture to this day. 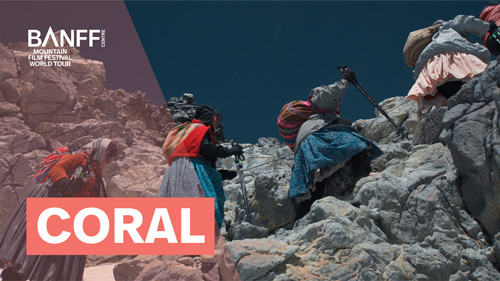 Featured films on Wednesday, May 5 “The Banff Coral Program” include:

ACCOMPLICE: The Passport: Hannah Bergemann and Veronique Sandler travel to the high Himalayas near Ladakh, India to explore remote mountain ranges and ride unexplored lines in this segment from Teton Gravity Research’s mountain bike film, “ACCOMPLICE”.
Mount Logan: 48 days of adventure, 250km of ski touring, 3800m of ascent up Mt. Logan, a first descent down the East Ridge and a 400km river trip back to the sea. Fully unsupported, three adventurers redefine what it means to take a long journey.
Pathfinder – Life Beyond Fear: Follow six slackliners on a mission deep in the Norwegian mountains as they attempt walking a highline elevated in the vastness between two colossal cliffs, illuminated only by the mystical northern lights.
Cholitas (Tour Edit): Five Indigenous Bolivian women embark on a unique expedition as a symbol of liberation and empowerment. Their goal? The highest peak in the Americas, Aconcagua.
K2: The Impossible Descent (Tour Edit): K2, the ‘Savage Mountain’, holds a mythical place in the hearts of climbers around the world — 1 in 4 do not return from it. On July 22, 2018, Polish ski-mountaineer Andrzej Bargiel makes ‘the impossible descent’ from its summit.

Join the Sedona International Film Festival and film and adventure enthusiasts when the Banff Mountain Film Festival World Tour brings the spirit of outdoor adventure to Sedona, at the Sedona Performing Arts Center (995 Upper Red Rock Loop Road) on Tuesday, May 4 and Wednesday, May 5 at 7 p.m. each night.

The Banff Mountain Film Festival World Tour stop in Sedona is made possible by a generous grant from the Leo & Rhea Fay Fruhman Foundation.

For tickets and information, click on the BUY TICKETS link above or call 928-282-1177. Tickets can also be ordered in person at the Sedona International Film Festival office at 2030 W. State Route 89A in West Sedona. 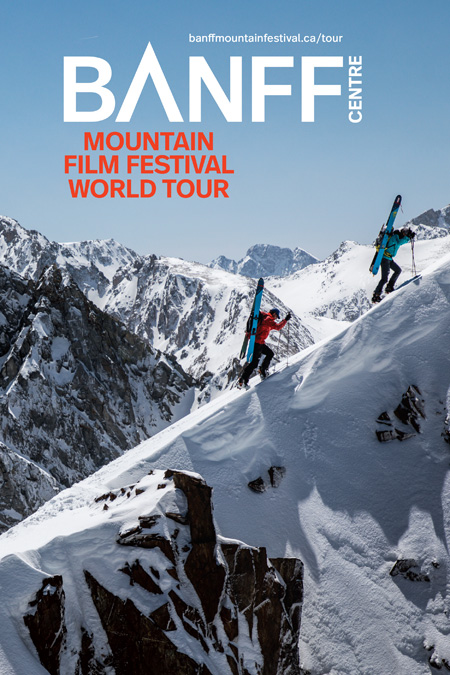