Before You Know It

The Sedona International Film Festival is proud to present the Northern Arizona premiere of the Sundance hit and critically-acclaimed new film “Before You Know It” Sept. 20-25 at the Mary D. Fisher Theatre.

Then, in the wake of a sudden family tragedy, Rachel and Jackie learn their presumed-deceased mother (Judith Light) is not just alive but thriving as a soap-opera star. Now the sisters’ already-precarious balance turns upside down, and Rachel must figure out how to liberate herself from this surreal imbroglio.

“A refreshing comedy. A noteworthy work from an upcoming dynamic duo, co-writers Hannah Pearl Utt and Jen Tullock, who have a chemistry that you want to see in more films, especially if they’re like ‘Before You Know It’.” — RogerEbert.com

“Engrossing and entertaining. A strong debut that pushes the boundaries of what movies made from the female gaze can mean to audiences of all kinds.” — The Hollywood Reporter 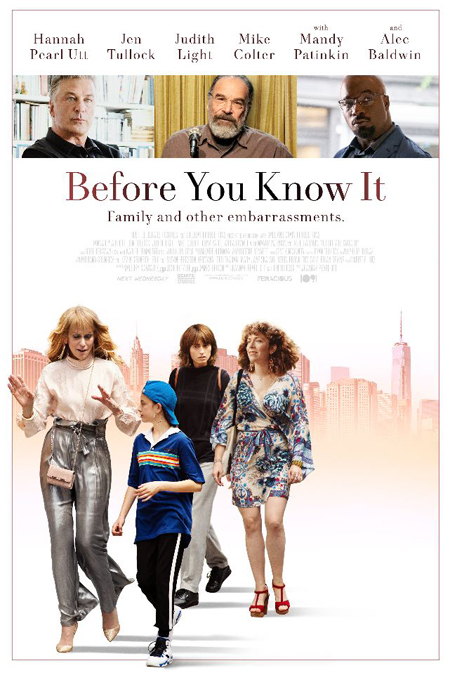