The Sedona International Film Festival is proud to join cinemas around the globe for a worldwide theatrical fan event “Billy Joel Live at Yankee Stadium” showing Wednesday and Sunday, Oct. 5 and 9 at the Mary D. Fisher Theatre.

In celebration of 50 years of Billy Joel, “Live at Yankee Stadium” comes to the big screen for a special two-night fan event.

Billy Joel’s legendary 1990 concert at Yankee Stadium stands as one of the greatest concert films of all time. Shot in 16mm color film, the original concert has now been meticulously re-mixed and re-edited in stunning 4K with Dolby ATMOS audio. 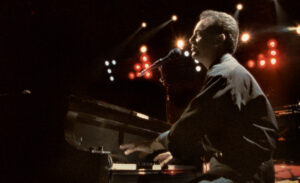 The newly edited version includes a never-before-released performance of “Uptown Girl” along with interviews from Billy and behind-the-scenes footage from the event’s production.

The set list consists of re-edited versions of songs from the original film including “Piano Man,” “We Didn’t Start The Fire,” “New York State Of Mind,” “Shout” and more – all live from the iconic stadium in The Bronx.

New York’s quintessential son, Billy Joel, ranks as one of the most popular recording artists and respected entertainers in history. The singer/songwriter/composer is the sixth best-selling recording artist of all time, the third best-selling solo artist as well as one of the biggest concert draws in the world. Joel’s songs have acted as personal and cultural touchstones for millions of people across five decades. 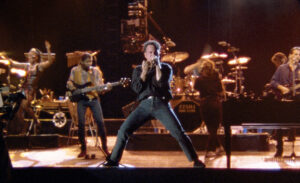 Having sold 160 million records over the past quarter century, the hits have continued for almost five decades, scoring 33 consecutive Top 40 hits. He is the recipient of 23 Grammy nominations and six Grammy Awards, including the prestigious Grammy Legend Award. Joel has been inducted into the Rock & Roll Hall of Fame, the Songwriter’s Hall of Fame, and has received numerous awards including a Tony Award for “Movin’ Out”. 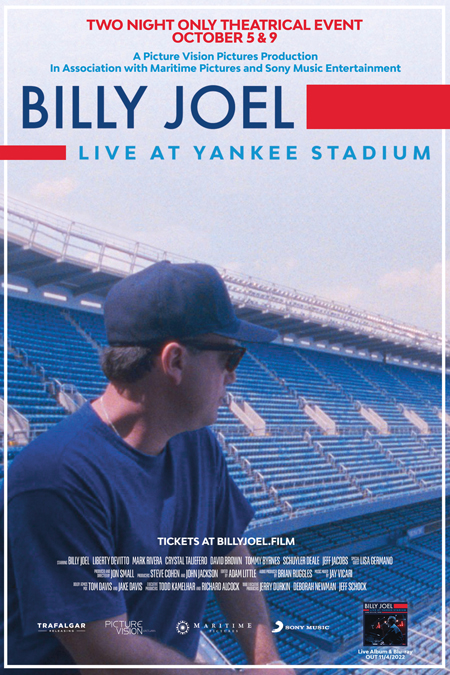