A singer, whose career has gone on a downward spiral, is forced to make a comeback to the performance stage for a benefit concert.

A nation wracked with civil war and social unrest is looking forward to a giant charity concert, organized by deceptive concert promoter Uncle Sweetheart (John Goodman), who plans on raking in huge sums of money for himself from the event. Headlining is Jack Fate (Bob Dylan), a legendary musician serving time in prison, who is released with Sweetheart’s help. Meanwhile, journalist Tom Friend (Jeff Bridges) investigates the corrupt concert and tries to unmask the truth to the public.

“Masked and Anonymous” will show at Old Town Center for the Arts on Monday, Dec. 19 at 7 p.m. Tickets are $12 general admission and $9 for Film Festival members and $10 for students. Movie concessions will be available, including beer, wine, soft drinks, water, popcorn and a selection of movie candy.

For tickets and more information, please call 928-282-1177. Tickets can also be ordered in advance online at at the BUY TICKETS link above. 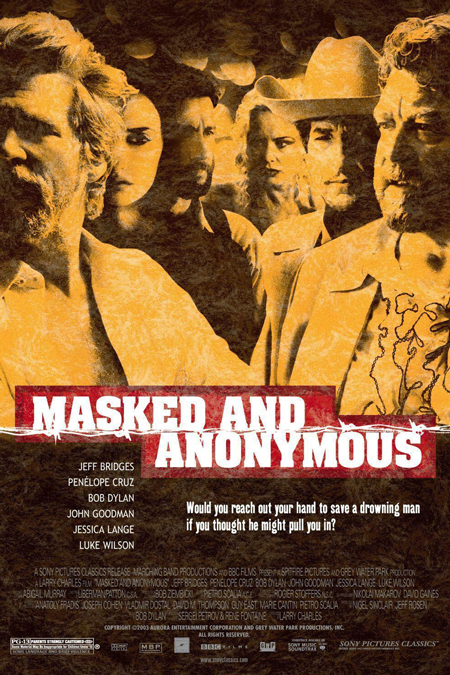