Created Equal: Clarence Thomas
In His Own Words

The Sedona International Film Festival is proud to present the Northern Arizona premiere of “Created Equal: Clarence Thomas In His Own Words” on Thursday, Sept. 16 at 4 and 7 p.m. at the Mary D. Fisher Theatre.

Although Clarence Thomas remains a controversial figure – loved by some, reviled by others – few know much more than a few headlines and the recollections of his contentious confirmation battle with Anita Hill.

With unprecedented access, the producers of “Created Equal” interviewed Justice Clarence Thomas and his wife, Virginia, for over 30 hours of interview time, over many months. Justice Thomas tells his entire life’s story, looking directly at the camera, speaking frankly to the audience.

Unscripted and without narration, the documentary takes the viewer through this complex and often painful life, dealing with race, faith, power, jurisprudence, and personal resilience.

The public remains curious about Clarence Thomas — both about his personal history and his judicial opinions. His 2007 memoir, “My Grandfather’s Son”, was number one on The New York Times’ bestseller list. 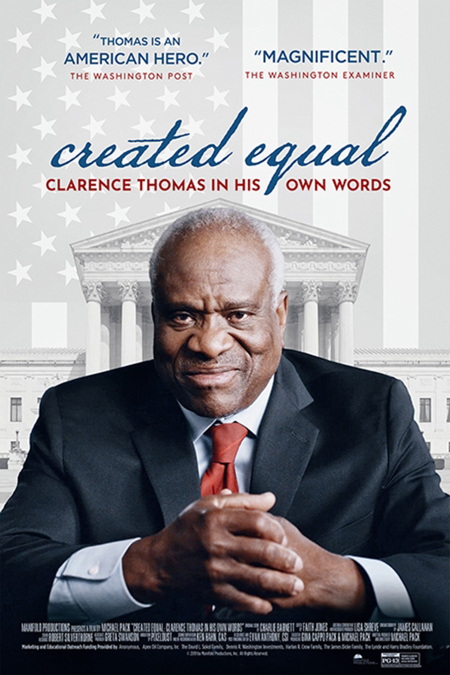