The Sedona International Film Festival is proud to present a “Festival Flashback” of the sensational acclaimed documentary “Dark Horse” on Tuesday, March 16 at 4 and 7 p.m. at the Mary D. Fisher Theatre.

Set in a former mining village in Wales, “Dark Horse” is the inspirational true story of a group of friends from a working men’s club who decide to take on the elite ‘sport of kings’ and breed themselves a racehorse.

Together they buy a thoroughbred mare — possibly the slowest racehorse in Wales — pair her with an aging stallion and raise the foal on their slagheap allotment. They name him Dream Alliance after the 23 friends from the village Jan cajoles into a forming a syndicate

To the astonishment of the racing elite, Dream becomes an unlikely champion, leaving his blue-blooded rivals standing. Until one day, running in a race at the famous Aintree racetrack, he suffers a potentially fatal injury. His owners refuse to let him die. By now Dream is a local hero and genuine source of hope and inspiration in the valley.

Nursed back to health by the love of his owners — for whom he’s become a source of inspiration and hope — he makes a remarkable recovery, returning to the track for a heart-stopping comeback.

His fantastic victory makes the national news and — in all the excitement — Dream is entered for the biggest race of all: the Grand National. If he won he’d go down in history, but the Grand National is run at Aintree and that meant returning to the scene of the accident that nearly killed him.

“Remarkable! Affirms that a winner can come from anywhere!” raves Time Magazine.

“Fascinating — with a big heart!” says the Wall Street Journal.

“Irresistible! A heartwarming true story that celebrates the triumph of the underdog!” raves Screen Daily. 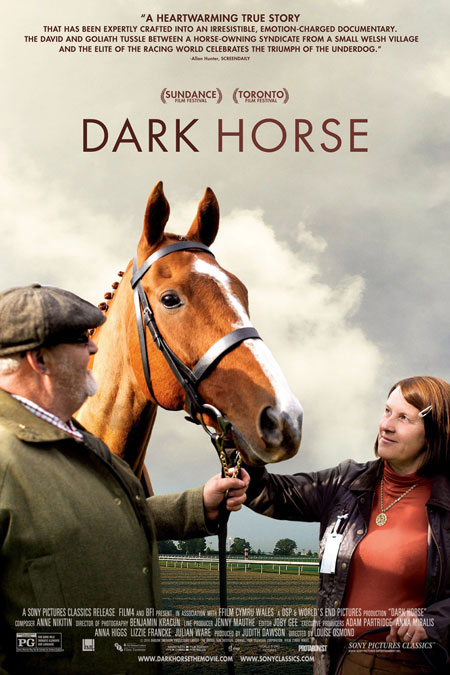