Sedona International Film Festival is proud to be the official host of “Deconstructing the Beatles”, joining hundreds of theatres around the country for this special series. “Deconstructing the 1963 Beatles” will show in Sedona on Monday, Jan. 20 at 7 p.m. at the festival’s Mary D. Fisher Theatre.

From “Love Me Do” to “I Want to Hold Your Hand”, “Deconstructing the 1963 Beatles” traces the Beatles remarkable story through the year of 1963 as they create their first hit singles and albums, including “Please Please Me” and “She Loves You”.

In late 1962, the Beatles stepped into EMI studios for the first time, meeting producer George Martin and beginning an unparalleled and remarkable recording career. Over the next eighteen months, they would release four number one singles (including “She Loves You” and “I Want To Hold Your Hand” and two number one albums while becoming worldwide superstars.

In “Deconstructing the 1963 Beatles”, historian and composer Scott Freiman explores the music that helped launch Beatlemania.

Freiman combines his love of The Beatles with his experience as a composer, producer and engineer to deliver unique educational lectures about the creative process of The Beatles. He moves past the personalities of the four Beatles to uncover the reasons why their music continues to be loved by millions. His multimedia presentations transport his audiences into Abbey Road Studio with anecdotes about The Beatles’ recording sessions, allowing fans to experience the evolution of The Beatles’ groundbreaking albums and songs.

Freiman’s lectures have entertained audiences of musicians and non-musicians alike, from pre-teenagers to octogenarians. Once you’ve attended one of Scott’s presentations, you’ll never listen to The Beatles or any other music the same way again!

“Deconstructing the 1963 Beatles” will be shown at the Mary D. Fisher Theatre on Monday, Jan. 20 at 7 p.m. Tickets are $12 general admission, or $9 for Film Festival members. Tickets are available in advance at the Sedona International Film Festival office or by calling 928-282-1177 or online at the BUY TICKETS link above. Both the theatre and film festival office are located at 2030 W. Hwy. 89A, in West Sedona. 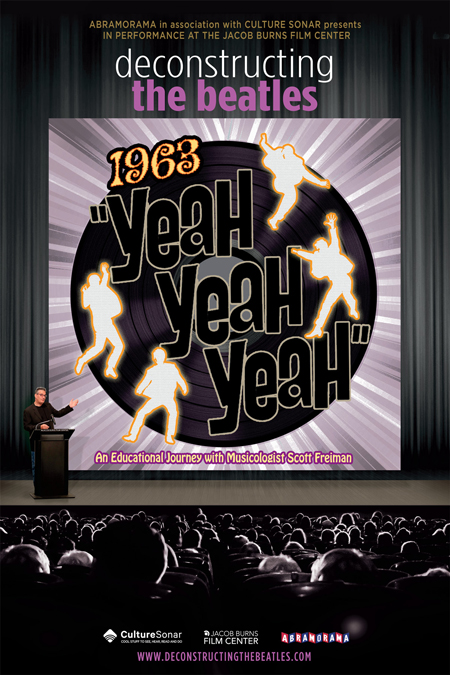