The Sedona International Film Festival is proud to present the Flagstaff premiere of the critically-acclaimed and award-winning new film “Tesla” on Wednesday, Sept. 9 as part of the festival’s monthly Flagstaff Cinema Series. There will be one screening of the film at 7:00 p.m. at Harkins Flagstaff 16 Theatres.

Harkins Theatres have now re-opened following CDC guidelines and social distance seating at a limited capacity, requiring masks for entering and exiting the theaters and with additional health and safety protocols in place. This special screening event will follow all of the recommended guidelines for the safety, health and comfort of our patrons.

“There’s something about Nikola Tesla that needs to be discussed right now,” said lead actor Ethan Hawke. “More and more it seems like the event of our age is the internet and the massive impact it’s having changing borders and the way we think. It all goes back to this age of invention and Nikola Tesla, so it seems like it’s a great time to revisit this period when wireless energy came onto the scene.”

“This story spoke to me,” adds Hawke. “When director Michael Almereyda first told me about Nikola Tesla, I thought, ‘I want to know about this, I wish I knew more. It seems relevant to my life and I have no idea where wireless energy came from.’ People think someone like Steve Jobs created wireless energy and they don’t understand the legacy of invention and the Industrial Age. So, telling that story excited me.” 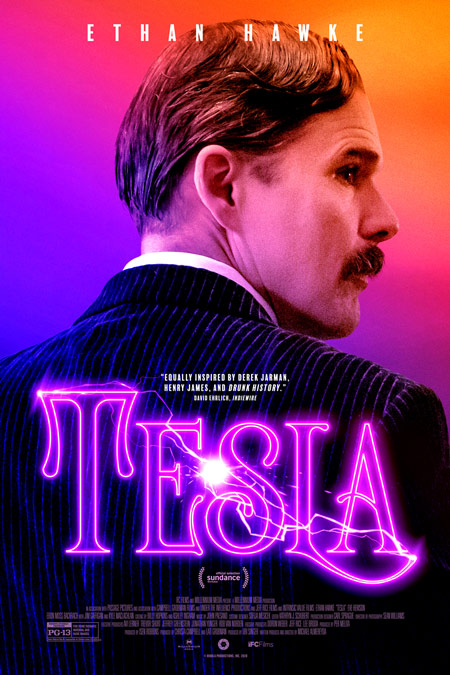