Sedona International Film Festival presents the Great Art on Screen series with “Gauguin in Tahiti: Paradise Lost”. The event will show in Sedona on Tuesday, Oct. 15, at 4 and 7 p.m. at the festival’s Mary D. Fisher Theatre.

Great Art on Screen is a series of seven documentaries featuring an in-depth look at the most extraordinary and groundbreaking art masters of their time.

“Gauguin in Tahiti: Paradise Lost” traces the story of Paul Gauguin who left France for Tahiti, feverishly in search of deep immersions into lush nature, for feelings, visions and colors, ever purer and brighter. The film is an exotic journey from Tahiti to the Marquesas Islands tracing a life story that has become legendary.

Audiences join this journey from Tahiti to American museums including New York’s Metropolitan Museum of Art, The Art Institute of Chicago, National Gallery of Art in DC, and Boston’s Museum of Fine Arts where Gauguin’s greatest masterpieces are now preserved.

“Gauguin in Tahiti: Paradise Lost” will be shown at the Mary D. Fisher Theatre on Tuesday, Oct. 15 at 4 and 7 p.m. Tickets are $15, or $12.50 for Film Festival members. Tickets are available in advance at the Sedona International Film Festival office or by calling 928-282-1177 or online at the BUY TICKETS link above. Both the theatre and film festival office are located at 2030 W. Hwy. 89A, in West Sedona. 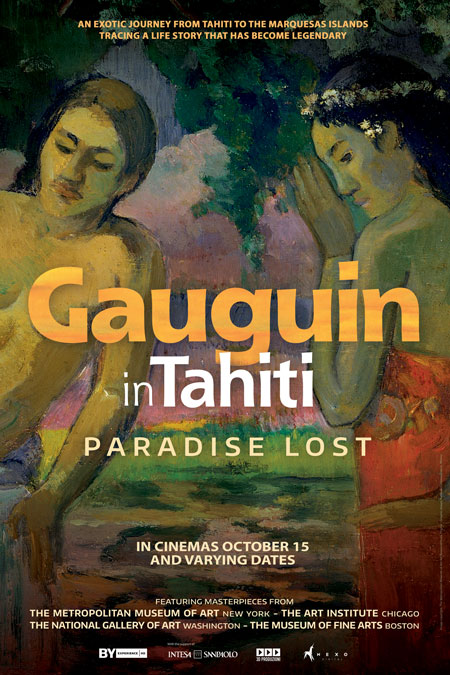