Tovah Feldshuh recreates 100 years of Jewish history playing 45 different characters (including Ben-Gurion, Moshe Dayan, Holocaust survivors, Israeli soldiers and, of course, Golda Meir herself), in one of the greatest acting performances of the last 50 years — now captured on film for all time, in this brand new motion picture, "Golda’s Balcony, The Film". 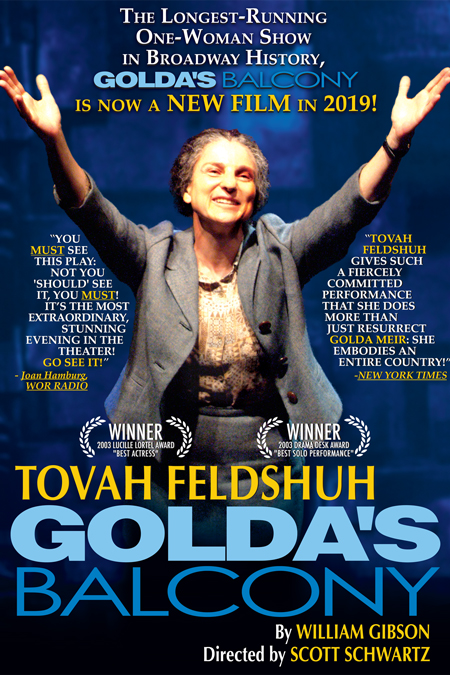