The Sedona International Film Festival is proud to present the “Festival Flashback” encore return of “Grandma” showing Aug. 20-25 at the Alice Gill-Sheldon Theatre.

A misanthropic poet, estranged from her daughter and recovering from a breakup, agrees to take her granddaughter across Los Angeles and help her find the money she desperately needs.

Lily Tomlin is Elle Reid. Elle has just gotten through breaking up with her girlfriend when Elle’s granddaughter Sage unexpectedly shows up needing $600 bucks before sundown. Temporarily broke, Grandma Elle and Sage spend the day trying to get their hands on the cash as their unannounced visits to old friends and flames end up rattling skeletons and digging up secrets.

“A story about three generations of women and how they interact with each other. Lily Tomlin adds heart, soul, and, naturally, tons of comedy.” — Brian Moylan, The Guardian 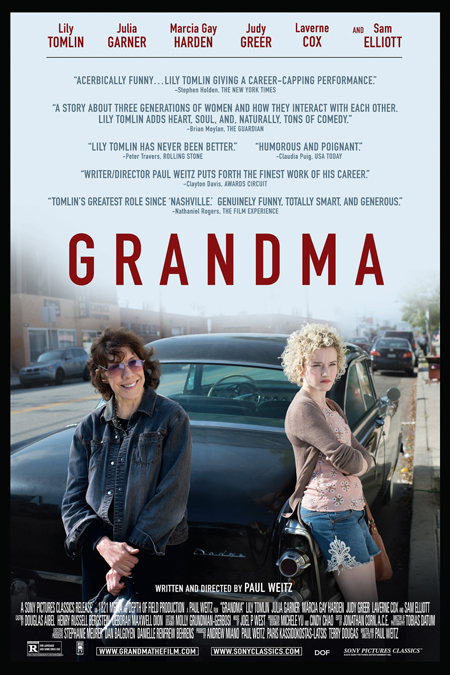