The Sedona International Film Festival is proud to present the charming new drama “Haute Couture” showing May 13-18 at the Mary D. Fisher Theatre.

“Haute Couture” is a charming drama that takes viewers inside the House of Dior for a fascinating look at the world of high fashion, told through the stories of two women: Esther (legendary French icon Nathalie Baye) and Jade (rising star Lyna Khoudri).

Esther is at the end of her career as Head Seamstress at Dior Avenue Montaigne workshop. One day, she gets her handbag stolen in the metro by a 20 years old girl, Jade. Instead of calling the police she decides to take care of Jade. She sees in her the opportunity to pass on her skills, the craft of dressmaking, her only wealth. In the frenetic world of Haute Couture, Esther will give Jade la beauté du geste, a way to reach beyond herself.

With its fascinatingly meticulous attention to stunningly detailed couture creation, writer-director Sylvie Ohayon’s film captivates the audience. The film also weaves into its fabric the ways that the Parisian old guard of high fashion is steadily giving way to new talent, reflecting the increasingly diverse demographics of gifted young creatives. 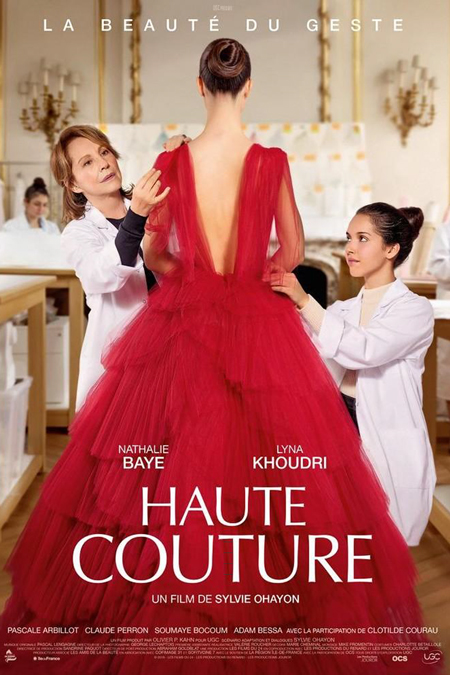