In the Christmas Mood:
A Holiday Music Spectacular

Ring in the holidays and celebrate the sounds of the season with “In the Christmas Mood: A Holiday Music Spectacular” on Monday, Dec. 9 at 7 p.m. at the Sedona Performing Arts Center. This special celebration is presented by the Sedona International Film Festival.

A show that’s quickly becoming a holiday tradition for audiences! Get in the spirit of the season with “In the Christmas Mood: A Holiday Music Spectacular”. The evening is filled with singing, dancing, comedy, a six-piece band, and holiday magic as the show pays homage to the classic Andy Williams and Bing Crosby Christmas specials.

“In the Christmas Mood” features timeless treasures such as Sleigh Ride, Santa Claus is Coming to Town, The Christmas Song, I’ll Be Home for Christmas, and many more — including new songs that’ll make your season merry and bright.

This fast-paced, fun-filled, and family-friendly show will leave you full of holiday spirit.

The outstanding cast of singers includes:

Crystal Stark
Vocalist Crystal Stark is a dynamic performer who range, versatility, and stage presence make her an indomitable force of nature. An American Idol semi-finalist from Season 2, Crystal eventually toured as a back-up singer with that season’s runner up, Katherine McPhee. Since returning to Tucson, Crystal has made a name for herself as a leading lady in several staged concert productions, including: To Ella with Love, First Ladies of Song, Hot Stuff: A Tribute to the Music of Donna Summer and the forthcoming Whitney Houston: The Evolution of an Icon.

Brian Levario
Brian Levario was born and raised in Tucson, AZ and now calls the Big Apple his home. A true “triple threat”, Brian made his Broadway debut in 2017 in the show Children of Eden. That year, he also played Snoopy in You’re a Good Man, Charlie Brown. In both 2018 and 2019, Brian earned praise for this portrayal of Emcee in Cabaret at Players Guild in Leonia, New Jersey and Gallery Players in Brooklyn, New York. Broadway World also recognized him for his lead role in The Bridges of Madison County (Hackmatack Playhouse, Berwick, ME), and he was also nominated for “Best Actor in a Leading Role” for Old Library Theatre’s version of ‘Side Show’.

Tyler Wright
Tyler Wright works as a web developer by day, but is a steady fixture on Tucson stages. He studied musical theatre at Brigham Young University for three years before pursuing and graduating with a degree in computer science. Tyler’s list of theatre credits is extensive, including Title of Show, Gutenberg! The Musical, Godspell, Triumph of Love, Les Miserables, The Story of My Life, and The World Goes ‘Round. In early 2020, he is headlining a new Khris Dodge Entertainment show, Broadway, Baby! and is starring in The Hot Mikado with the Southern Arizona Performing Arts Company.

“In the Christmas Mood: A Holiday Music Spectacular” will take the stage on Monday, Dec. 9 at 7 p.m. at the Sedona Performing Arts Center, located at Sedona Red Rock High School. Tickets are $20 general admission; $10 for students and children. 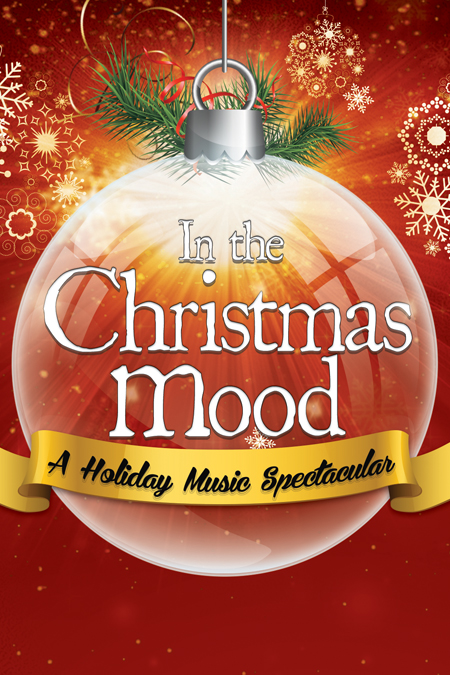