The Sedona International Film Festival is proud to present a “Festival Flashback” of the sensational British comedy “Keeping Mum” — in honor of the film’s 15th anniversary — on Tuesday, Jan. 5 at 4 and 7 p.m. at the Mary D. Fisher Theatre.

“Keeping Mum” stars Atkinson as Walter Goodfellow, an absent-minded vicar of a rural parish who is so distracted by the pressures of his job that he fails to notice his wife’s (Thomas) dalliance with her brash golf instructor (Swayze), his daughter’s parade of new boyfriends, and his young son’s regular trouncing by the school’s bullies.

Enter their charming new housekeeper, Grace (Smith), the answer to the family’s prayers: a sweet, grey-haired old lady with her own distinctive definition of cleaning house.

One by one, the family members find that Grace is able to solve their problems, but they don’t realize that her means are leading to a lot of ends and the population of their sleepy hamlet is rapidly diminishing. 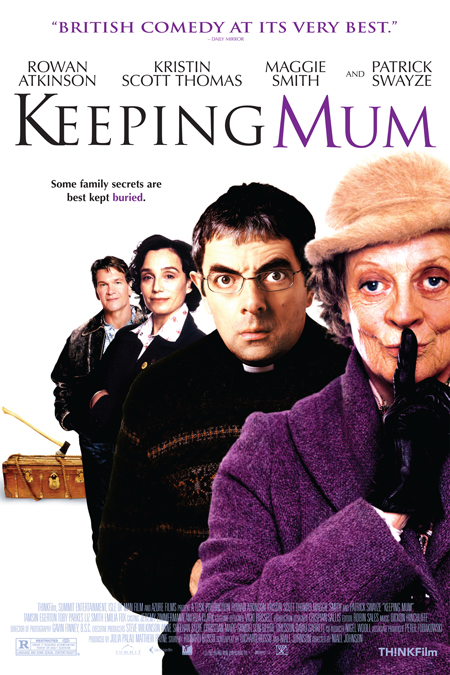