The Sedona International Film Festival is proud to present the summer encore of the Met Opera’s “La Bohéme” (from the 2017/2018 season) on Saturday, Aug. 6 at 1 p.m. at the Mary D. Fisher Theatre.

Puccini’s timeless love story, which includes some of the composer’s most beloved music, has moved generations of opera lovers since its 1896 world premiere. Soprano Sonya Yoncheva is the fragile seamstress Mimì, who instantly falls in love with the passionate poet Rodolfo, sung by tenor Michael Fabiano. Soprano Susanna Phillips and baritone Lucas Meachem trade both spars and kisses as the on-again-off-again lovers Musetta and Marcello, with bass Matthew Rose and baritone Alexey Lavrov rounding out the rambunctious bunch of bohemian friends. Marco Armiliato conducts Franco Zeffirelli’s picturesque staging.

Act I
Paris, the 1830s. The near-destitute painter Marcello and poet Rodolfo live with their roommates, Colline and Schaunard, in a garret in the Latin Quarter. As his friends leave to celebrate Christmas at the Café Momus, Rodolfo stays home to write. He meets his pretty neighbor Mimì, and the two fall in love at first sight. Arm in arm, they leave to join his friends.

Act II
At the café, Marcello’s former sweetheart Musetta makes a noisy entrance on the arm of her elderly but wealthy lover, Alcindoro, arousing Marcello’s jealousy. Tumult ensues, and Musetta, having sent Alcindoro away, eventually falls into Marcello’s arms.

Act III
Weeks later, Mimì comes to see Marcello on the outskirts of Paris and tells him of her distress over Rodolfo’s jealousy. She says it is best that they part. Rodolfo, on the other hand, wants to separate from Mimì because he thinks her illness can only grow worse in the poverty they share. Mimì tearfully says goodbye to him, but overcome with emotion, the two decide to remain together until spring.

Act IV
Now separated from their girlfriends, Rodolfo and Marcello lament their loneliness. Musetta arrives with Mimì, who is mortally ill. Left alone, Mimì and Rodolfo recall their first happy days. The others return, and Mimì dies, leaving Rodolfo heartbroken.

“La Bohéme” from the Metropolitan Opera will be shown at the Mary D. Fisher Theatre on Saturday, Aug. 6 at 1:00 p.m. Tickets are $15, or $12.50 for Film Festival members. Tickets are available in advance at the Sedona International Film Festival office or by calling 928-282-1177. Both the theatre and film festival office are located at 2030 W. Hwy. 89A, in West Sedona. For more information and to order tickets online, click on the BUY TICKETS link above. 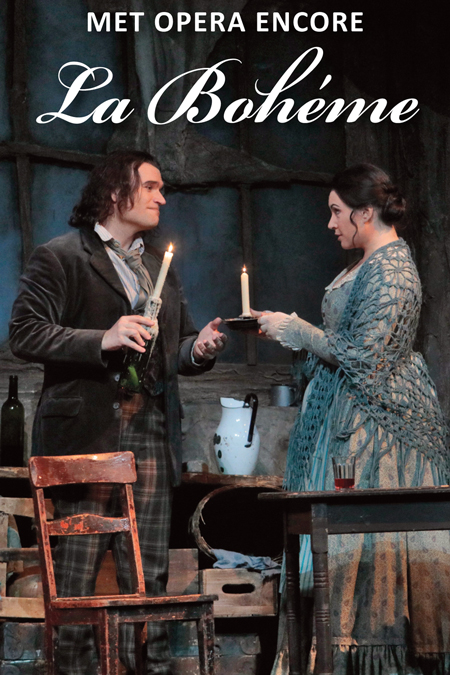