Larry and Leslie Latour:
Songs & Stories of Life and Love

It's that time again! Celebrate Valentine's Day with Larry and Leslie Latour in their fifth annual Valentine's Day show, “Songs & Stories of Life and Love” for an always fun and poignant evening of song, Friday, Feb. 14, 7:30-9 p.m. Tickets are $15 in advance or $18 at the door.

Available is a new collection of their songs, Real Music Two, for your listening pleasure!

Long-time singer/songwriters and Valentine’s Day favorites Leslie and Larry will bring you an emotional and heartfelt collection of tunes about love and life’s entanglements in the intimate setting that is the Mary D. Fisher Theater. As always, they will be spinning their original story songs into a reflection of their lives in love together, singing their two part harmonies and taking the audience on a heartfelt journey. Special guest Pattie Hoisch and of the Sedona folk band Yarrow will join the Latours to add a couple of love songs of her own!

L & L have been singing together (and married) for 15 years! They have five CDs of music, four of them original (Little by Little, That’s Life, and Real Music and Real Music Two), and one a CD of Woody Guthrie style folk tunes (including This Land is Your Land of course). All of these are digitally available on CDBaby.com and iTunes. Typical tracks include Stranded, an autobiographic “what if” love song, Bangor Fair, about falling in love under a dance tent in Maine, The Winds of Autumn, about dreams of life and love come true, and This Old River, a Verde River Song about the golden years.

L & L make the room and audience their own wherever they perform, telling stories and singing funny and poignant tunes in an intimate style. Kate Hawkes of Red Earth Theatre exclaimed, “Larry and Leslie live what they sing. Joy, partnership and laughter ring through their music and performance.” Jennifer Cohen, host of Cable TV’s Yavapai Broadcasting Verde Valley Experience gushed, “I love how they harmonize with each other, how they are with each other. There’s a sweetness that descends over them when they perform. It’s visual, it’s audible, it’s a wonderful thing!” 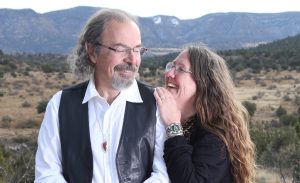 L & L have together played an integral part in creating the Sedona Hub Music In The House performance series from 2016-2019, and they were instrumental in creating the Camp Verde Library “Music In The Stacks” series, now in it’s 4th year. A few of their well received shows include the current Prescott Library Series, Studio B in Old Town, The Old Town Center for the Arts annual Bob Dylan Birthday concert, The Camp Verde Community Library, and Shondra Jepperson’s Living Room Series at Center for Positive Living in the Village of Oak Creek. They also performed throughout Mid-Maine during the summer months, including the WERU Fair, the Penobscot Theater, the 4 masted Margaret Todd schooner out of Bar Harbor, and aboard the Sunbeam Ministries boat touring and servicing the Islands off of the Mid-Maine coast. 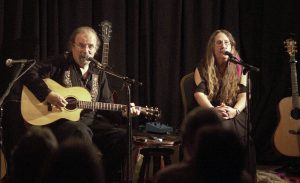 L & L both grew up in the New York City area in the ‘60’s and ‘70’s and met in Bangor, Maine. Leslie was raised in a family of musicians and artists with connections to the Seeger family, and Larry was strongly influenced by musicians such as James Taylor, The Beatles, and folk icons Pete Seeger and Woody Guthrie. Recently they participated in a benefit concert for a proposed American Center for Folk Music in Pete Seeger’s hometown of Beacon, NY.

Don’t miss this return Valentine’s Day gift with the Latours in a very special concert in the cozy atmosphere of May D. Fisher Theater, Friday, Feb. 14 at 7:30 p.m. Tickets for the show are $15 in advance; $18 at the door. All tickets include a meet-and-greet with Leslie and Larry in the lobby after the show.

Visit www.SedonaFilmFestival.org for tickets and performance information or call 928-282-1177. Both the Sedona International Film Festival Office and the Mary D. Fisher Theatre are located at 2030 W. SR 89A in West Sedona. 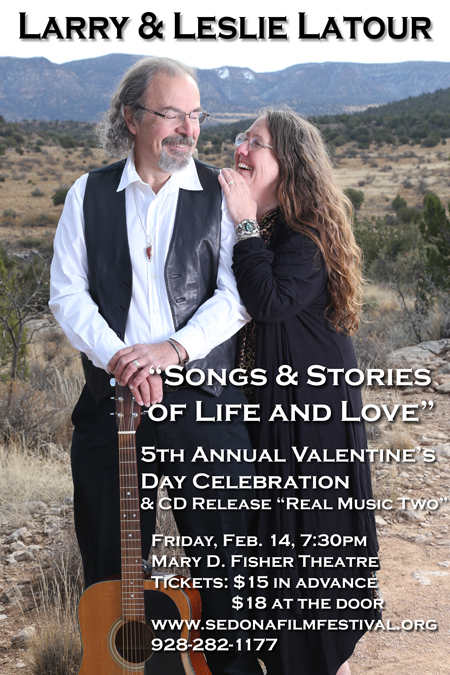