The Sedona International Film Festival is proud to join theaters around the world to present a one-night only world cinema event: “Les Misérables: The Staged Concert” on Thursday, Dec. 19 at 3 and 7 p.m. at the Mary D. Fisher Theatre.

Seen by over 120 million people worldwide, “Les Misérables” is undisputedly one of the world’s most popular musicals.

Now cinema audiences can experience the musical phenomenon which broke box office records and sold out its entire 16-week season. Featuring a cast and orchestra of over 65 and including the songs I Dreamed A Dream, Bring Him Home, One Day More and On My Own this sensational staged concert is not to be missed — an absolute must-see for any fans of musical theatre or event cinema.

Cameron Mackintosh said: “The extraordinary sell-out success and response to our spectacular new theatrical concert staging of ‘Les Misérables’ has been phenomenal so we are thrilled to give cinema audiences around North America the opportunity to experience this stunning production.”

“The cinema event will be a unique shared experience of thrilling drama, glorious music and sensational singing performed by an amazing all-star cast and orchestra of over 65 — the like of which you will have never seen before. If you have ever dreamed a dream, this is it!”

“This is one of the most intimate and tremendously moving ‘Les Mis’ experiences I’ve ever had!” — Daily Mail

“I loved it! What a night! It was wonderful, beautifully staged and works so brilliantly as a concert. It was truly superb and actually breathed new life into a show I know so well and love and have seen many times.” — BBC Radio London

“Les Misérables: The Staged Concert” will be shown at the Mary D. Fisher Theatre on Thursday, Dec. 19 at 3 and 7 p.m. Tickets are $15, or $12.50 for Film Festival members. Tickets are available in advance at the Sedona International Film Festival office or by calling 928-282-1177 or online at the BUY TICKETS link above. Both the theatre and film festival office are located at 2030 W. Hwy. 89A, in West Sedona. 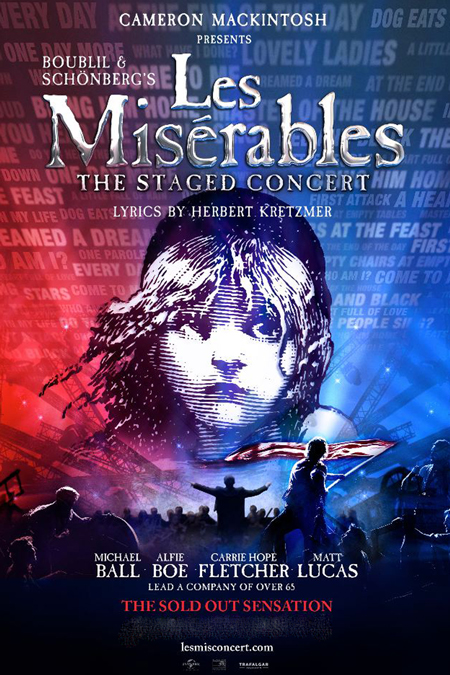