The Sedona International Film Festival is proud to partner with Unify Sedona: A Rainbow Alliance, PFLAG Sedona/Verde Valley and Northern Arizona Restorative Justice to present the premiere of “MAJOR!” on Friday, Nov. 20 at 3:30 p.m. at the Mary D. Fisher Theatre.

Transgender Day of Remembrance is observed annually on November 20th — a day in which we honor and memorialize those who have been murdered because of xenophobia and transphobia. The year 2020 has been the most violent and deadliest year since 2013 for transgender and gender non-conforming people in the United States. This year we faced a global pandemic and the most divided time in this country. Hate speech and racially motivated violence once again devastated our black and brown transgender and gender non-conforming communities.

The event will feature a premiere screening of the award-winning documentary “MAJOR!”.

“MAJOR!” explores the life and campaigns of Miss Major Griffin-Gracy, a formerly incarcerated black transgender elder and activist who has been fighting for the rights of trans women of color for over 40 years.

Miss Major is a veteran of the Stonewall Rebellion and a survivor of Attica State Prison, a former sex worker, an elder, and a community leader and human rights activist. She is simply “Mama” to many in her community. Her personal story and activism for transgender civil rights intersects LGBT struggles for justice and equality from the 1960s to today. At the center of her activism is her fierce advocacy for her girls — trans women of color who have survived police brutality and incarceration in men’s jails and prisons.

Miss Major’s extraordinary life and personal story is one of resilience and celebration in a community that has been historically traumatized and marginalized. While mainstream gay rights and marriage equality dominate the headlines, Miss Major’s life is a testament to the fierce survivalism and every day concerns of transgender women of color, who so often live in the margin of the already marginalized.

Since there is limited seating due to COVID-19 restrictions, “MAJOR!” will also be offered online as a virtual screening. Anyone buying tickets online can connect with the activities in the theatre on ZOOM before the film and after for the Candlelight Vigil and reading of the names.

All ticket proceeds will be donated to Peacework Medical, a free clinic in Phoenix that provides compassionate health care to all marginalized communities, especially gender transition care for those who are undocumented.

We look forward to connecting to a collective humanity and touching the hearts of our LGBTQIA and Allied Communities. 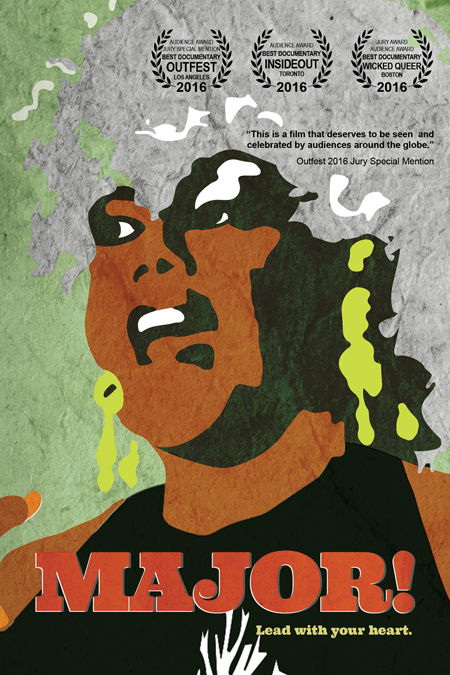