A translator with the Paris police finds herself in possession of a huge store of hash, the insider knowledge required to move it and an unexpected flair for the danger that ensues.

A French-Arabic translator for the Paris police anti-narcotics unit, Patience Portefeux (Isabelle Huppert) interprets the daily calls and conversations between the city’s biggest drug dealers. In the evenings, she looks in on her aging mother at the long-term care facility where she is months behind in paying the bills.

When she overhears the son of one of her mother’s nurses on the wiretap at work, Patience is moved to protect him. But her involvement in his business quickly escalates and she finds herself in possession of a huge store of hash and the insider knowledge required to move it.

With her newly adopted retired police dog at her side, Patience transforms into Mama Weed, a savvy saleswoman capitalizing on her field experience to earn the extra income she so desperately needs while doing her best to stay one step ahead of her colleagues at the precinct.

Based on “The Godmother” — the acclaimed novel by Hannelore Cayre — and nominated for a Best Adapted Screenplay César Award, “Mama Weed” is a clever French crime caper featuring an impeccably charming performance from the legendary Isabelle Huppert. 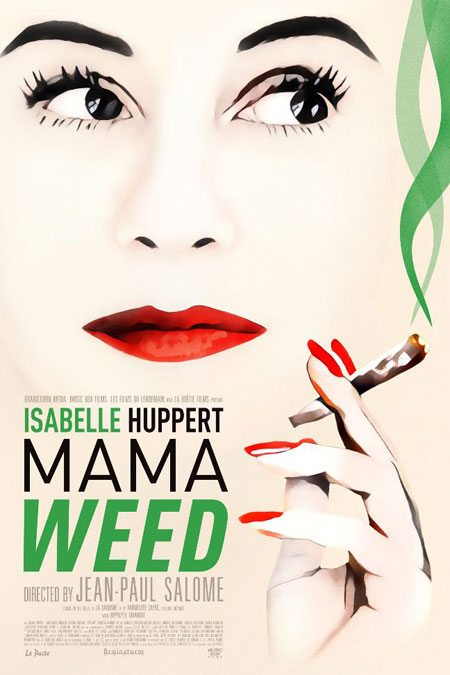