Sedona International Film Festival presents the Great Art on Screen series with “Maverick Modigliani”. The event will show in Sedona on Tuesday, Nov. 17, at 4 and 7 p.m. at the festival’s Mary D. Fisher Theatre.

“Maverick Modigliani” is a cinematic portrayal beyond the legend.

Marking the centenary of the death of Amedeo Modigliani (1884-1920), this documentary feature is the story of a remarkable talent that transcended stereotypes. From his origins in Livorno, Italy to the Paris of Picasso and Brancusi that became the center of modernity, to his love for his wife and frequent subject of his portraits Jeanne Hébuterne, the film depicts the life and work of an avant-garde artist who has become a contemporary classic.

“Maverick Modigliani” will be shown at the Mary D. Fisher Theatre on Tuesday, Nov. 17 at 4 and 7 p.m. Tickets are $15, or $12.50 for Film Festival members. Tickets are available in advance at the Sedona International Film Festival office or by calling 928-282-1177 or online at the BUY TICKETS link above. Both the theatre and film festival office are located at 2030 W. Hwy. 89A, in West Sedona. 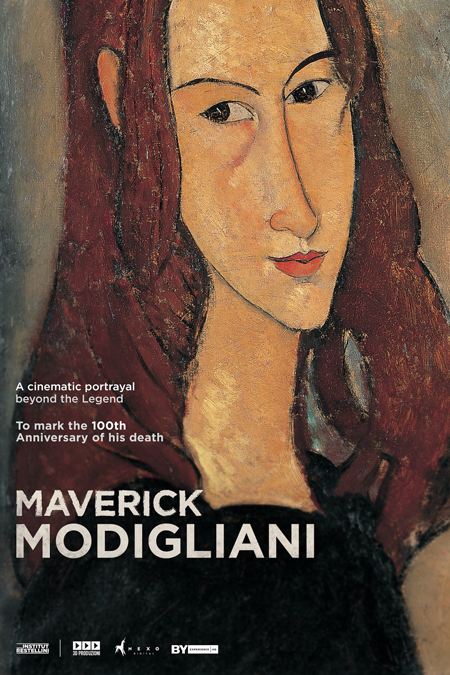