“My Octopus Teacher” is nominated for the Academy Award for Best Documentary Feature at this year’s Oscars.

Shot over eight years, with 3000 hours of footage, “My Octopus Teacher” documents a never-before-seen unique friendship and interaction between a human and an octopus.

After years spent filming some of the planet’s most dangerous animals, Craig Foster was burned out and depressed, his family relationships in turmoil. He decided to put a halt to his career to reconnect with his own roots — the magical underwater world of the kelp forest off the coast of his hometown, Cape Town, South Africa.

For nearly a decade, Craig went diving daily in the icy cold waters, ditching wetsuit and scuba rig in one of the most predator dense places on earth. The common octopus he met and tracked became first his subject, then his teacher, showing him things no human had ever witnessed. 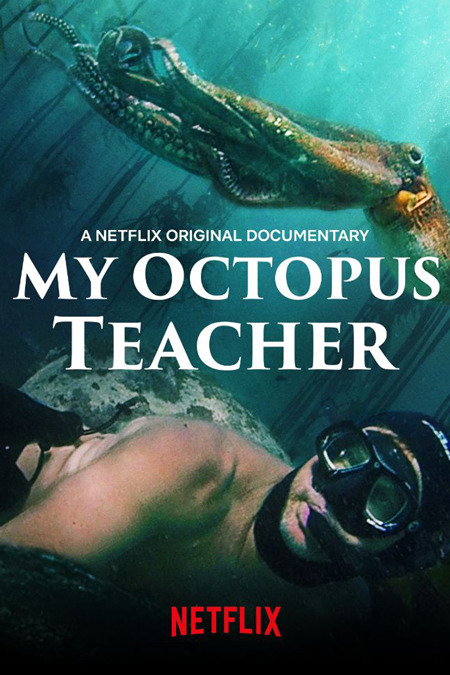