The Sedona International Film Festival is proud to present the Northern Arizona premiere of the timely and powerful new film “No Man’s Land” showing Jan. 22-28 at the Mary D. Fisher Theatre.

As border vigilantes Bill Greer (Grillo) and his son Jackson (Allyn) are on patrol when Jackson accidentally kills a Mexican immigrant boy. Bill tries to take the blame but Texas Ranger Ramirez (Lopez) sees through the lie, spurring Jackson to flee south on horseback across the Rio Grande — to become a gringo “illegal alien” in Mexico.

Chased by Texas Rangers and Mexican federales, Jackson journeys across deserts and mountains to seek forgiveness from the dead boy’s vengeful father (Jimenez), as he falls in love with the land he was taught to hate.

“In a time of great fear, we wanted to make a film about hope,” said director Conor Allyn. “The world is growing apart. Xenophobia and prejudice are abundant, millions clamor for walls to divide, yet there is still time to unite. But first we must recognize the borders within ourselves. And cross them.”

“Growing up between Texas and Mexico, this idea resonates deeply for me. And to steer clear of the highly polarized landscape, we focused on a very personal, human story, told through dual protagonists coming from both sides of the border,” added Allyn. “We were very much inspired by the setting of the real life ‘no man’s land’ along the Texas-Mexico border where thousands live south of the US border wall and north of the Rio Grande; citizens of nowhere, forgotten and left to fend for themselves”

“We also wanted to use very classic Americana style storytelling. Thus, the film has this modern western tone with archetypal themes of fathers and sons, revenge and redemption.” 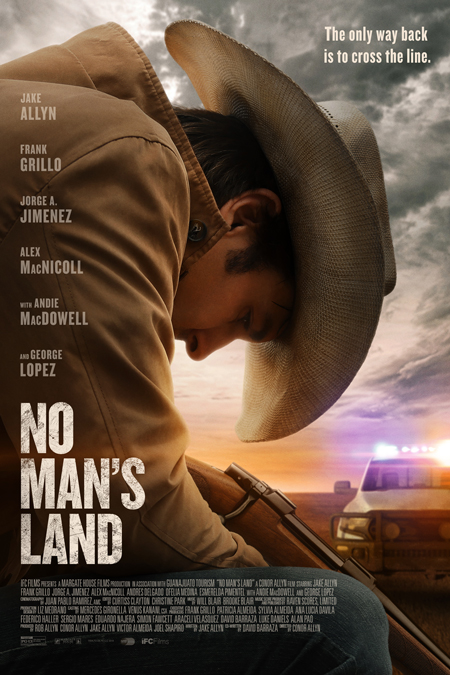