The Sedona International Film Festival is proud to present the festival flashback of the delightful romantic comedy “Populaire” showing Aug. 19-24 at the Alice Gill-Sheldon Theatre.

Rose Pamphyle (Déborah François) aspires to become a secretary, but she’s clumsy and helplessly disorganized, meaning she’s a disaster in the office. When she starts working for insurance man Louis Échard (Romain Duris), her one true talent starts to shine through.

Rose reveals a special gift: she can type at extraordinary speed. Unwittingly, the young woman awakens the dormant sports fan in Louis. If she wants the job she’ll have to compete in a speed typing competition. Whatever sacrifices Rose must make to reach the top, Louis declares himself her trainer. He’ll turn her into the fastest girl not only in the country, but in the world!

The two become locked in the grip of romance and competition as they train together for a speed-typing contest. But a love of sport doesn’t always mix well with love itself, igniting hilarious consequences. 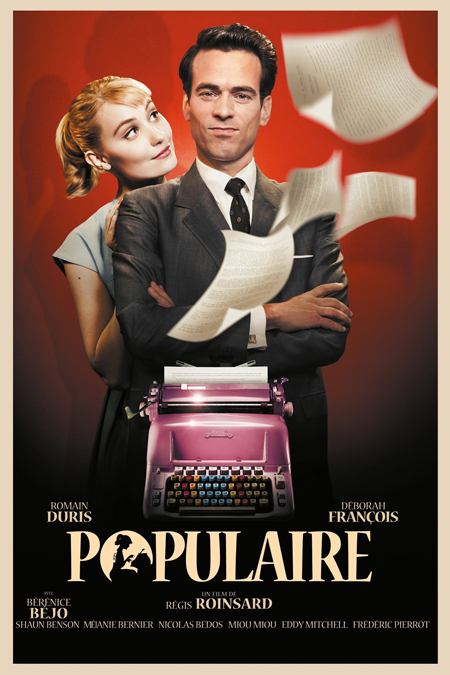