The Sedona International Film Festival is proud to present the Northern Arizona premiere of the stunning new period piece “Queen Marie” showing May 28-June 3 at the Mary D. Fisher Theatre.

Devastated by the First World War and plunged into political controversy, Romania’s every hope accompanies its queen on her mission to Paris to lobby for international recognition of its great unification at the 1919 peace talks.

Princess Marie of Edinburgh was born in 1875, one of Queen Victoria’s countless granddaughters. At the age of seventeen she was coerced into a dynastic marriage with Crown Prince Ferdinand of Romania. As a good royal and a good Victorian, Marie had a highly developed sense of duty and became a passionate champion of her adopted country. This passion is at the heart of “Queen Marie”.

The story begins at the end of WWI. Initially neutral, Romania is invaded by Germany in 1916 and enters the war on the side of Britain and France. As one of the victorious allied nations, Romania earns a place in the Paris Peace Conference of 1919. Negotiations break down between Romanian Prime Minister Bratianu and French Prime Minister Clemenceau and Marie, against the advice of her own ministers, decides to represent Romania herself.

Her arrival in Paris causes a sensation; not only is she the only female delegate at the conference, but as queen of an Eastern European nation she radiates an exotic aura. Unlike most royal figures, even today’s, Marie understands the power of publicity and her carefully crafted image of mother and savior of Romania is eagerly embraced by the press.

Needless to say, the delegates at the peace talks – led by President Woodrow Wilson – are highly suspicious of Marie’s popularity, seeing her as a distraction from the serious work of carving up Europe for the post-war world. Nevertheless, she proves a shrewd negotiator in encounters with Wilson, Clemenceau and Britain’s prime minister Lloyd George. By the time the conference is over, Marie has gained official recognition and aid for her beleaguered Romania and she returns to Bucharest in triumph.

Marie’s work at the Peace Conference was unquestionably her greatest political triumph, but subsequent events in her life were sufficiently colorful. “Queen Marie” is an absorbing portrait of a remarkable woman. 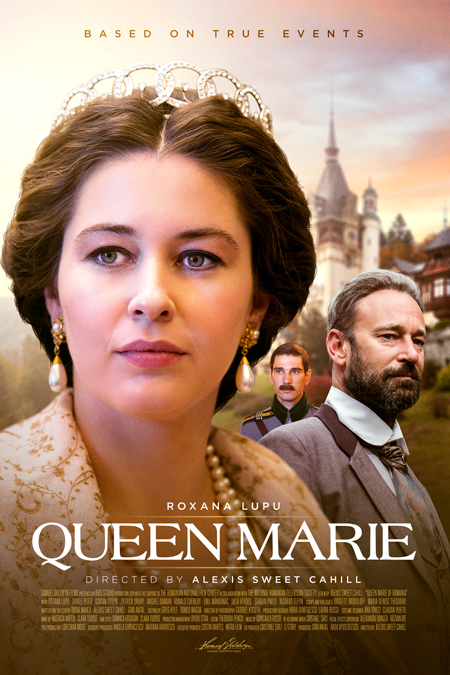