“Quo Vadis, Aida?” is nominated for the Academy Award for Best International Feature Film at this year’s Oscars.

Bosnia, July 1995: Aida is a translator for the UN in the small town of Srebrenica. When the Serbian army takes over the town, her family is among the thousands of citizens looking for shelter in the UN camp.

As an insider to the negotiations Aida has access to crucial information that she needs to interpret. What is on the horizon for her family and people — rescue or death? Which move should she take?

“This film is about a woman caught in a male game of war. It is about courage, love and resilience — and also about what happens if we fail to react on time to warning signs,” said director Jasmila Zbanic. “I survived the war in Bosnia. One day you have everything, and the other day most of the things you know no longer exist. Just because we deem certain things unimaginable, doesn’t mean they cannot happen.” 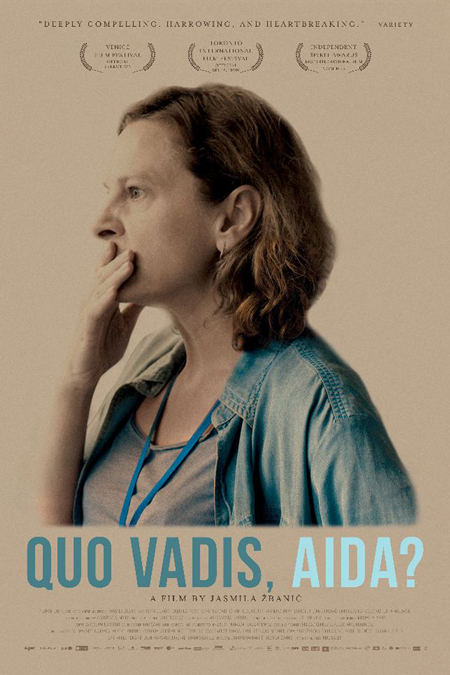