The Sedona International Film Festival is proud to present the Northern Arizona premiere of the “Riverdance” 25th Anniversary show from Dublin’s 3Arena. There will be two shows on Saturday and Sunday, March 13 and 14 at 1 p.m. at the Mary D. Fisher Theatre.

The new 25th Anniversary show catapults “Riverdance” into the 21st century and will completely immerse you in the extraordinary and elemental power of its music and dance.

This powerful and stirring reinvention of the beloved family favorite is celebrated the world over for its Grammy Award-winning music and the thrilling energy of its Irish and international dance.

Filmed live at the 3Arena Dublin, the exact spot where it all began, the 25th Anniversary Gala Performance will bring “Riverdance” to the big screen for the very first time!

“The sort of spectacle and experience that comes along once in a lifetime.” — The Hollywood Reporter

“The phenomenon rolls on! There will always be a Riverdance!” — New York Times

“Riverdance” will be shown at the Mary D. Fisher Theatre Saturday and Sunday, March 13 and 14 at 1 p.m. each day. 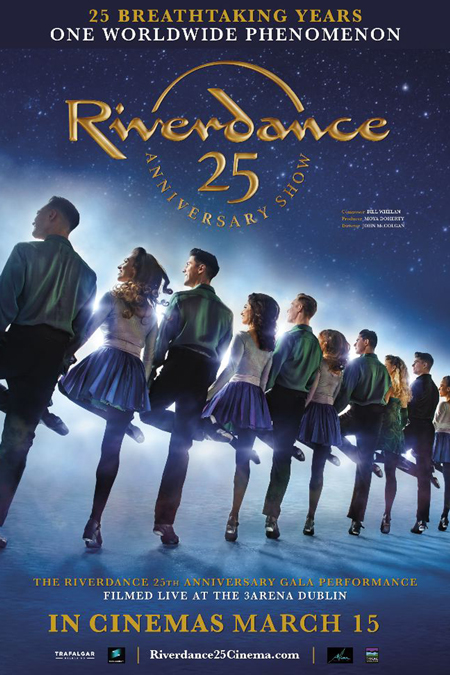