Scarborough: The Music
of Simon & Garfunkel

Celebrate the spirit, songs of Simon & Garfunkel when the indie-folk duo Scarborough returns to Sedona by popular demand with “The Music of Simon & Garfunkel” live concert. There will be one performance on Thursday, Jan. 16 at 7 p.m. on the Goldenstein Stage at the Mary D. Fisher Theatre, presented by the Sedona International Film Festival.

The duo played to a sold out theater earlier this year and are returning with new song selections added to an already wonderful show! Scarborough is the music of Simon & Garfunkel, performed by Nashville songwriters and touring folk duo, Edward Williams & Ashley E. Norton.

“Ed has the Art hair but plays the Paul guitar,” says Ashley. Neither of them really take on a role as either Simon or Garfunkel. The goal is the music, and getting as close to the original compositions as they can. They switch off roles as to who sings who, staying true to the original acoustic performances. With just one guitar and two voices in harmony, you’ll be transported back into a time when music was about poetry and harmony. 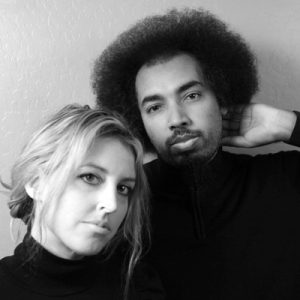 Edward Williams and Ashley E. Norton met in Nashville, Tennessee. They began their music partnership as a songwriting duo and began to travel the world with the mission of performing original folk music, under the band name “Whitherward.” Ed grew up listening to Simon & Garfunkel and would play “Parsley, Sage, Rosemary and Thyme” on repeat. “It was my favorite album,” he said. “Then later in Whitherward, we’d be covering songs like Mrs. Robinson and The Boxer, and they were by far the most popular. More than The Beatles, more than Tom Petty, more than our originals. So we thought, let’s make this a thing.”

And the thing grew. The duo began to take their show on tour, playing all over Arizona, California, Colorado and soon to be Washington and Wisconsin. Ash has uncovered interesting stories about Paul and Art, including reasons behind their breakup, stories behind the songwriting and quotes that will make you laugh and cry.

“When you come to a Scarborough show, you have no idea how much you’re going to be singing along,” says Ashley. “I’ve had people shocked that they still remember all the lyrics to ‘April Come She Will’.” Ashley has an extensive background in studio recording and songwriting. She has been touring with Whitherward for over four years and claims that she sometimes loves the Scarborough shows even more than her original music. “There’s just something about bringing these songs new life,” she says. “Since they won’t do it anymore, I guess we will!”

Come hear the story behind “El Condor Pasa.” Remember the deep tracks that you forgot about. Sing along to “Homeward Bound”. Hear the magic of “Sound of Silence” like it’s the first time all over again. Come back in time with us and experience the music of Simon & Garfunkel.

“Scarborough: The Music of Simon & Garfunkel” is live at the Mary D. Fisher Theatre on Thursday, Jan. 16 at 7:00 p.m. Tickets for the show are $20 in advance; $25 at the door. All tickets include a meet-and-greet with Ed and Ashley in the lobby after the show. 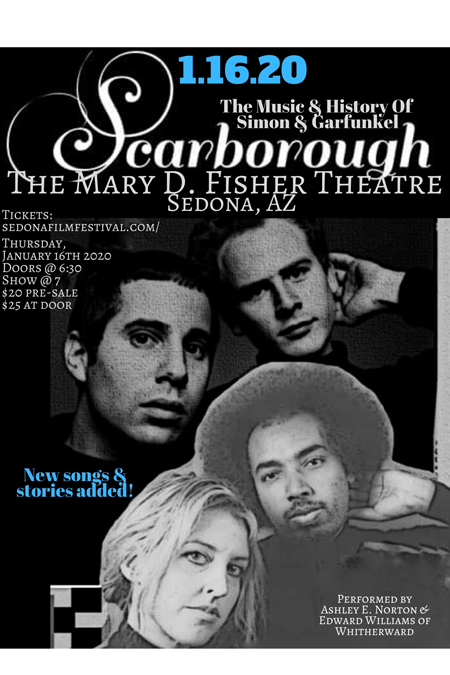