The Sedona International Film Festival is proud to team up with the Jewish Community of Sedona and the Verde Valley to present the Eighth Annual Sedona Jewish Film Festival Nov. 2-4 at the Mary D. Fisher Theatre. The program will feature five award-winning feature films from around the world. 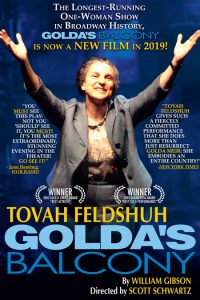 Tovah Feldshuh recreates 100 years of Jewish history playing 45 different characters (including Ben-Gurion, Moshe Dayan, Holocaust survivors, Israeli soldiers and, of course, Golda Meir herself), in one of the greatest acting performances of the last 50 years — now captured on film for all time, in this brand new motion picture, “Golda’s Balcony, The Film”.

CLICK HERE to see a trailer of “Golda’s Balcony, The Film” and to order tickets online. 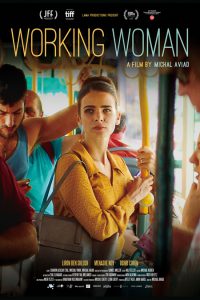 Orna, (Liron Ben Shlush) is the mother of three young children with a husband struggling to start his own restaurant. To help support her family Orna returns to the workplace, landing a job with a former army superior, Benny (Menashe Noy) who is now a successful real estate developer.

While Orna embraces her new position and tries to balance its demands with her home life, she begins to experience escalating sexual harassment from her boss. Her rapid rise through the ranks and her increasing financial success seem to parallel a pattern of predatory behavior which ultimately brings her career and marital relationship to the brink. This timely and devastating story is expertly told by long time feminist filmmaker Michal Aviad. (Israel, 2018, 93 minutes)

CLICK HERE to see a trailer of “Working Woman” and to order tickets online. 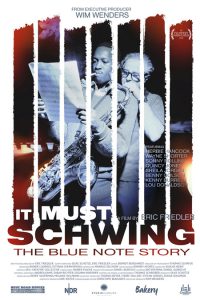 In 1939, Alfred Lion and Francis Wolff, two young émigrés from Berlin, founded the legendary jazz label Blue Note Records in New York. The label dedicated itself exclusively to the recording of American jazz music and developed its own unmistakeable recording style and sound.

Blue Note Records discovered and produced an impressive roster of international jazz stars. This included Miles Davis, Herbie Hancock, John Coltrane, Sonny Rollins, Wayne Shorter, Thelonious Monk and Quincy Jones. At a time when Afro-American musicians in the USA were discriminated against and ostracised, Blue Note records respected them as artists and equals. Not only did the label value their talents, it also gave them a much-needed platform. “It Must Schwing!” tells the moving story of two friends, united by a passionate love for jazz, and of their profound belief in equality and freedom for every single human being. (Germany, 2018, 115 minutes)

CLICK HERE to see a trailer of “It Must Schwing! The Blue Note Story” and to order tickets online. 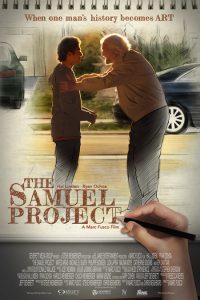 “Art can unearth stories long-buried and bring to light stories so marginalized, they were never even told.” — Nadia Akiyama, The Samuel Project (USA, 2018, 92 minutes)

CLICK HERE to see a trailer of “The Samuel Project” and to order tickets online. 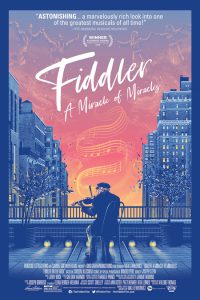 “Fiddler: A Miracle of Miracles” is the origin story behind one of Broadway’s most beloved musicals, Fiddler on The Roof, and its creative roots in early 1960s New York, when “tradition” was on the wane as gender roles, sexuality, race relations and religion were evolving.

“Fiddler” is the first in-depth documentary film that chronicles the life and themes of this iconic offering of American theater and culture. The goal of our documentary is to understand why the story of Tevye the milkman is reborn again and again as beloved entertainment and cultural touchstone the world over.

Opening in 1964, “Fiddler on the Roof” held the record for the longest running musical for almost 10 years, won nine Tony Awards, and spawned five Broadway revivals. The show is still performed more than any other show, from middle schools in inner cities to high schools in rural America, around the world from grand state theaters in Japan and Vienna to Johannesburg and Mexico City.

“Fidder: A Miracle of Miracles” will be preceded by the short film, “The Fiddle” by director Asher Schwartz. On a lonely slanted roof in Anatevka, a hunched figure plays the fiddle. His soulful music finds its way into the simple homes of even simpler Jews. But this fiddler didn’t always sit on the roof. Come to think of it, he didn’t always have a fiddle to play either. And were it up to his father, Sholom wouldn’t know what a fiddle was at all. Based on Sholem Aleichem’s short story “The Fiddle”, this is the story of Sholom, the boy that was destined to become the fiddler on the roof. (Israel, 2018, 9 minutes)

CLICK HERE to see a trailer of “Fiddler: A Miracle of Miracles” and to order tickets online. 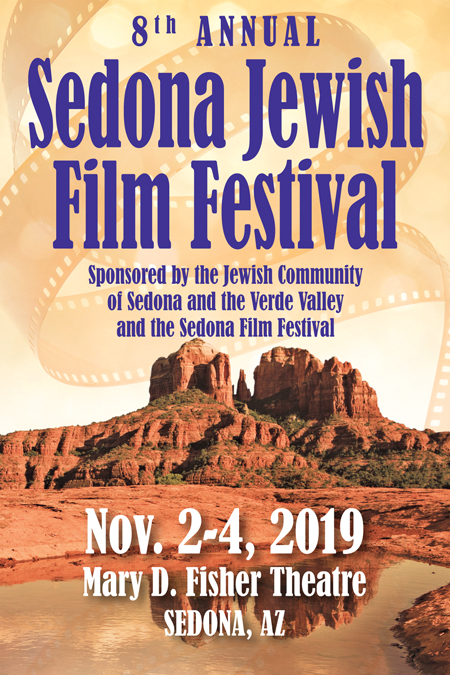