In the summer of 1939, influential families in Nazi Germany have sent their daughters to a finishing school in an English seaside town to learn the language and be ambassadors for a future looking National Socialist. A teacher there sees what is coming and is trying to raise the alarm. But the authorities believe he is the problem.

Based on true events, “Six Minutes to Midnight” follows teacher Thomas Miller (Eddie Izzard) who has taken a last minute and controversial role teaching English to the daughters of high-ranking Nazis at the Augusta-Victoria College, Bexhill-on-Sea — a finishing school on the south coast of England.

Under the watchful eye of their headmistress Miss Rocholl (Judi Dench), and her devout assistant Ilse Keller (Carla Juri), the girls practice their English and learn how to represent the ideal of German womanhood.

When the body of a former teacher is discovered, it triggers a sequence of deadly events and leaves Thomas running from the police with the threat of being hanged for murder. 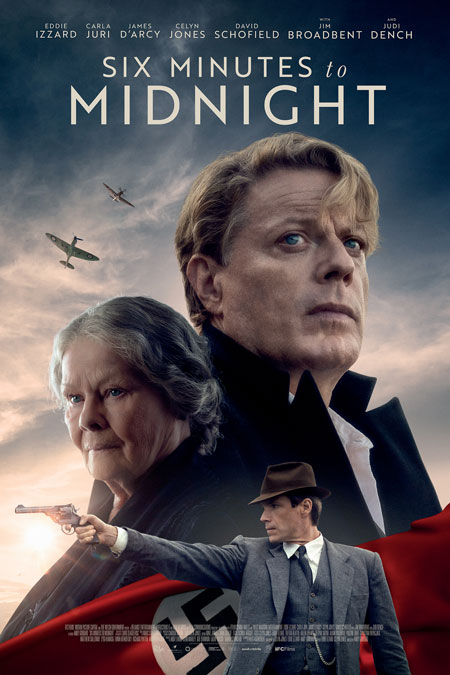