Street Gang:
How We Got to Sesame Street

The Sedona International Film Festival is proud to present the Northern Arizona premiere of the award-winning and acclaimed “Street Gang: How We Got to Sesame Street” showing April 30-May 6 at the Mary D. Fisher Theatre.

Go inside the hearts and minds of the “Sesame Street” creators, artists, and educators who established one of the most influential and enduring children’s series in television history.

With exclusive behind-the-scenes footage and over 20 original interviews, “Street Gang: How We Got to Sesame Street” introduces audiences to a gang of visionaries who set out to entertain and educate young minds by harnessing the power of television with furry characters, catchy songs, and a diverse cast.

“Street Gang: How We Got to Sesame Street” focuses on the first two experimental and groundbreaking decades of Sesame Street, highlighting this visionary “gang.” With interviews with the original surviving creators, and their families, we hear and see how “the gang” came together. They share stories of the challenges and stumbling blocks involved to create the show and its iconic characters, and also speak to confronting boundaries that came their way with unflinching purpose. All with a wicked sense of humor, and pure joy.

The gang knew that they were part of something that was special, critically important, and bigger than themselves. Audiences will meet the people that audaciously interpreted radical changes in society and engaged children in ways that entertained and educated them like never before. Now is the perfect time to tell the story of the show’s origins and inspire people to use purpose, and the power of creativity, to make a positive impact in our world. 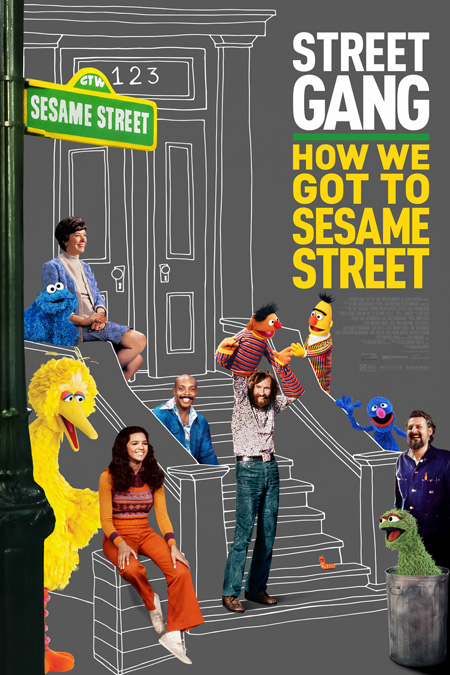