The Sedona International Film Festival is proud to present the Northern Arizona premiere of “The 2 Sides Project” on Monday, Nov. 11, in honor of Veteran’s Day. There will be two shows at 4 and 7 p.m. at the Mary D. Fisher Theatre.

There will be a panel discussion and community conversation featuring special guests from the film following both screenings of “The 2 Sides Project”.

From the shadow of war comes a ray of hope.

“The 2 Sides Project” is a feature documentary that follows the unforgettable journey of six U.S. sons and daughters as they discover a country and a people with whom they share a common history.

Over 11 days, American and Vietnamese sons and daughters — who had all lost fathers on opposite sides of the war — held the first-ever formal meetings. The film captures the entire story, not just the transformative two-side encounters, but the profoundly moving experiences these Americans had while visiting the sites where their fathers died, and the powerful encounters they had with the country itself.

Key scenes in the film include:

• The pivotal moment when a Vietnamese son, who was nearly killed himself when American forces bombed his school four years after his father’s death, saw the tears of the U.S. sons and daughters, and finally let go of the desire to kill those who had so harmed him.

• The revelation that one of the American daughters who made the trip held a family secret about the circumstances surrounding her father’s death, and found out the truth only after she returned from Vietnam.

• The intimate visits to the sites where their fathers fell, including a harrowing trek to a rugged hilltop where the remains of a Navy pilot still missing in action may be buried.

• A trip to a hospital where disfigured and abandoned children born with severe defects caused by Agent Orange live and study.

Guest panelists from the film will be attending “The 2 Sides Project” and will host a Q&A discussion after both screenings. These include:

Susan Mitchell-Mattera
Senior Advisor to the 2 Sides Project, Daughter of James C. Mitchell Jr., Navy, KIA January 8, 1970
Susan’s father was killed near Cao Lanh City when his helicopter was shot down two days after his birthday and two days before he was scheduled to come home forever. Susan is a Senior Advisor to the 2 Sides Project, serving as key supporter to the trip’s participants and as an international ambassador for the project, on whose behalf she has travelled across the U.S. and around the world. Susan, a registered nurse, resides in the Los Angeles area and is the Regional Quality Manager in Home Health and Hospice for Kaiser Permanente. She has been awarded Woman of the Year for her community work and serves as a chaplain to the American Legion Auxiliary. Her extensive gifts to the community also include food programs for the homeless and shelters for needy women and children.

Jill Hubbs
Daughter of Cdr. Donald Richard Hubbs, Navy, KIA March 17, 1968
Jill lives in Pensacola, Florida and is the Director of Educational Services, Community Outreach and Content Development at WSRE, one of the U.S.’s premiere PBS television stations and the sponsoring station for The 2 Sides Project. Jill is our PBS advisor and is a documentary filmmaker herself. Among her films is They Were Our Fathers, a documentary that features interviews with sons and daughters who lost fathers on the U.S. side of the war. It has been more than 50 years since Jill’s father’s plane crashed into the Gulf of Tonkin, when Jill was 10 years old. To this day he remains missing in action. Jill has visited Vietnam twice. She was of the first American daughters to travel there, back in 1993, and went again in 2018.

Patty Young Loew
Daughter of HM1 Jack Young (Navy) killed in Da Nang on March 11, 1969
Patty lives in West Virginia, and the 2015 trip to Vietnam was her first out of the country. It turns out that she was not just one of the most adventurous travelers on the trip, but one of the most secretive. Patty’s family had always suspected that her father, HM1 Jack Young, had been killed in unwar-like circumstances. She went to Vietnam with that secret held close, feeling like a fraud. She only discovered the truth about how her father died when she returned to the United States and was able to make contact with a man who served under her father’s command.

Ron Reyes
Son of PFC Ronald Reyes (USMC 1st battalion /9th Marines), killed at Khe Sanh during the Tet Offensive
Ron’s father was killed when Ron was just a few weeks old. His teenage mother raised him on her own, and helped Ron know his father through photographs, stories, and memories. As he grew up, he came to realize that the war held more to his relationship with his father. He started learning about Vietnam and seeking out others whose families had been similarly marked. Ron’s search and rescue skills were critical on the first 2 Sides Project trip. At time he had to argue with government officials, but he was able to guide everyone to the exact location of their father’s site. Ron resides in California.

Kim Carlson Benner
Daughter of Captain John W. Carlson, USAF, KIA December 7, 1966, sister of Margot Carlson Delogne
Kim’s father’s plane was shot down near Bien Hoa when she was four years old. He has never been recovered, and is still listed as missing in action. Kim resides in Massachusetts and has two sons who are in college. One is a track and field star running at the University of Vermont; the other is a student at Georgetown University’s School of Foreign Service and a recent intern in the office of Joseph Patrick Kennedy III. After raising her sons with husband Rich, Kim became a part time teaching substitute in the Massachusetts school system. In her spare time she bikes, sails, and studies the world’s religions.

Margot Carlson Delogne
Founder, the 2 Sides Project, daughter of Captain John W. Carlson, USAF, KIA December 7, 1966, sister of Kim Carlson Benner
Margot was two years old when her father was killed, and she has no memories of him. She founded the 2 Sides Project in 2015 after realizing that both sides who lost fathers in the war could and should connect with each other to improve their understanding of the war, and to finally heal. Margot is a marketing executive working with a Boston-based consumer health technology company. She holds an advanced degree in communications from Boston University and recently relocated back to Arizona to extend her ties in the state. Margot’s father trained at the old air base in Chandler before he flew to Vietnam, and she has lived in the state on and off ever since.

Join us for this very powerful and meaningful Veteran’s Day film premiere event, and stay for the panel discussion and Q&A. 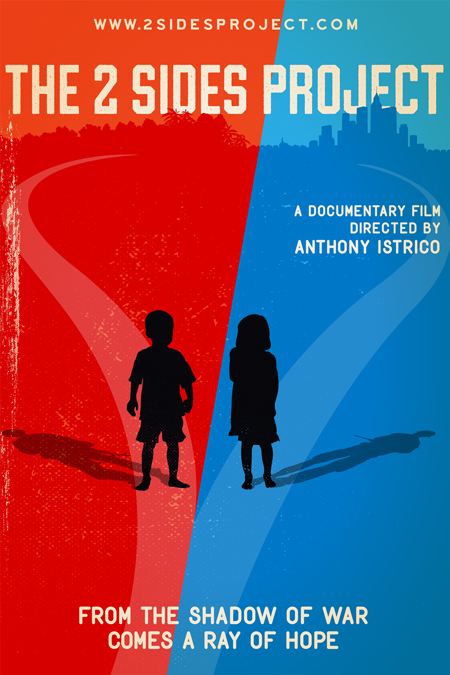