The Sedona International Film Festival is proud to present the Northern Arizona premiere of the award-winning, acclaimed documentary “The Donut King” showing Oct. 30-Nov. 4 at the Mary D. Fisher Theatre.

“The Donut King” is the rags-to-riches story of a refugee escaping Cambodia, arriving in America in 1975 and building an unlikely multi-million-dollar empire baking America’s favorite pastry, the donut.

Weaving together two histories hidden in plain sight, the film is a heartwarming yet three-dimensional portrait of a man who lifted hundreds of his shell-shocked countrymen out of poverty and despair, but was later consumed by his own ambition and zeal.

The titular donut king is 77-year-old Ted Ngoy, who has attained mythic status among many Cambodian Americans in Los Angeles and Orange County since his arrival in the U.S. more than four decades ago. By 1979 he was living the American Dream. But, in life, great rise can come with great falls.

The sponsor of more than 100 refugee families, Ngoy is almost single-handedly responsible for his compatriots’ domination of the mom-and-pop donut shops in Southern California, of which 80 percent were owned by Cambodians by the mid-1990s.

It’s an improbable achievement, and each biographical detail that we get from Gu’s film underscores just how unlikely Ngoy’s entire life has been, from his innovation of carnation pink as the donut-box color to his marriage to the daughter of a wealthy and influential family as the son of an impoverished single mother (herself a Chinese migrant to Cambodia).

You get the sense that a man with Ngoy’s restless enterprise and financial savvy would have been a runaway success at any place and time. But it was late 20th-century America that placed him in a unique position to help so many people — and then to ruin himself in spectacular fashion. 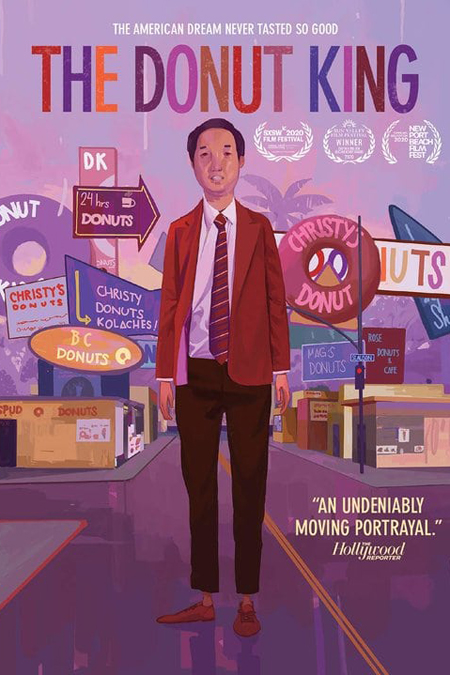