The Mary D. Fisher Theatre is honored to continue to be the home for the Met Live Opera programs for the 2022-2023 season, presented by the Sedona International Film Festival. The season continues with the world premiere of Kevin Puts’s “The Hours” live via simulcast on Saturday, Dec. 10 at 11 a.m. and the encore presentation on Wednesday, Dec. 14 at 3 p.m.

Plan to come early as John Steinbrunner will lead a pre-opera talk one hour before the LIVE production on Saturday.

Inspired by Virginia Woolf’s Mrs. Dalloway and made a household name by the Oscar-winning 2002 film version starring Meryl Streep, Julianne Moore, and Nicole Kidman, the powerful story follows three women from different eras who each grapple with their inner demons and their roles in society.

The exciting premiere radiates with star power with Kelli O’Hara and Joyce DiDonato joining Fleming as the opera’s trio of heroines. Phelim McDermott directs this compelling drama, with Met Music Director Yannick Nézet-Séguin on the podium to conduct Puts’s poignant and powerful score.

The Met Live Opera’s “The Hours” will be shown at the Mary D. Fisher Theatre on Saturday, Dec. 10 at 11 a.m. (live simulcast) with an encore on Wednesday, Dec. 14 at 3 p.m.. The pre-opera talks will take place one hour before the live Saturday simulcast. Tickets are $25 general admission, $22 for Film Festival members, and $15 for students. Tickets are available in advance at the Sedona International Film Festival office or by calling 928-282-1177. Both the theatre and film festival office are located at 2030 W. Hwy. 89A, in West Sedona. 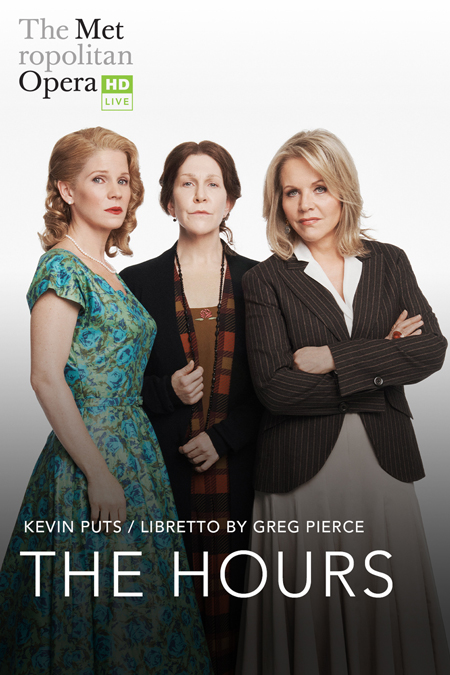