The Lady in the Van

The Sedona International Film Festival is proud to present a “Festival Flashback” of the sensational acclaimed film “The Lady in the Van” on Monday, March 1 at 4 and 7 p.m. at the Mary D. Fisher Theatre.

“The Lady in the Van” kicks off a month-long tribute to Dame Maggie Smith with a special “Maggie Mondays” series in March featuring a different Maggie Smith film every Monday.

Maggie Smith was nominated for a Golden Globe Award for Best Actress in a Comedy or Musical for her lead role in “The Lady in the Van”.

Alan Bennett’s story is based on the true story of Miss Shepherd (played by the magnificent Maggie Smith), a woman of uncertain origins who “temporarily” parked her van in Bennett’s London driveway and proceeded to live there for 15 years.

What begins as a begrudged favor becomes a relationship that will change both their lives.

Filmed on the street and in the house where Bennett and Miss Shepherd lived all those years, acclaimed director Nicholas Hytner reunites with iconic writer Alan Bennett to bring this rare and touching portrait to the screen.

“This is one of the best film performances from an actress who’s universally admired.” — Tim Gray, Variety 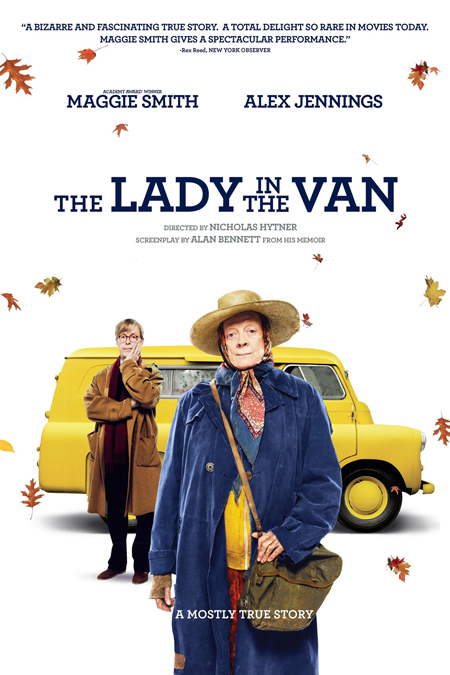