The Sedona International Film Festival is proud to present a “Festival Flashback” of the sensational acclaimed film “The Last Station” on Tuesday, Feb. 2 at 4 and 7 p.m. at the Mary D. Fisher Theatre.

The film was nominated for two Academy Awards and two Golden Globe Awards, including Best Actress for Helen Mirren and Best Supporting Actor for Christopher Plummer. The film was a major audience hit and critical sensation when it premiered in the Sedona International Film Festival’s cinema series.

In 1910, famed novelist Leo Tolstoy (Christopher Plummer) and his wife Sofya (Helen Mirren) vehemently disagree over the rights to Tolstoy’s literary legacy. Sofya believes her husband should bequeath them to her upon his death, while Tolstoy’s chief disciple, Chertkov (Paul Giamatti), has nearly convinced the writer to sign the rights over to the Russian people. To this end, Chertkov inserts a spy — Valentin Bulgakov (James McAvoy) — into Tolstoy’s household, who promptly falls for one of the novelist’s daughters.

“The incomparable Helen Mirren is simply astounding. Christopher Plummer is her match. The sight of these two acting giants going at each other should come under the heading of pure, rowdy pleasure.” — Peter Travers, Rolling Stone 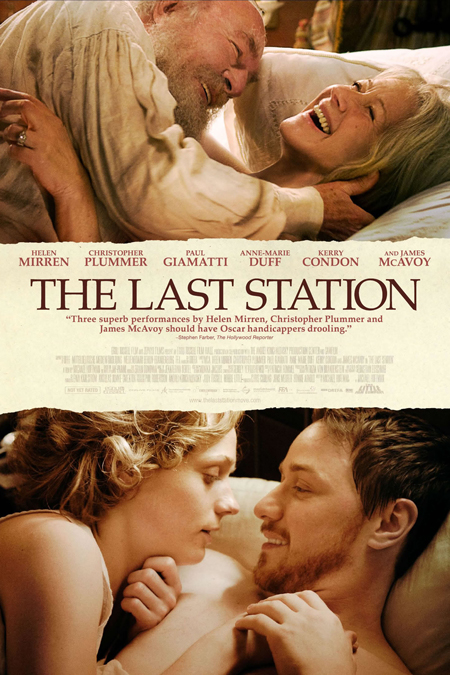