The Sedona International Film Festival is proud to present the Northern Arizona premiere of the acclaimed new romantic drama “The Only One” showing Jan. 21-26 at the Mary D. Fisher Theatre.

On the brink of accepting a life of independence and wanderlust, a young woman visits an old flame on his vineyard in France and takes one last shot at a committed relationship in “The Only One”.

Tom (Caitlin Stasey) just turned thirty. She has spent her whole life chasing her wanderlust, and collecting passport stamps, experiences and stories to tell her grandchildren like many other people collect pay-stubs and stable relationships. Now faced with society’s expectations of a woman in this chapter of her life, she arrives on a vineyard in the south of France to revisit the one man with whom she ever considered settling down.

David (Joshua Grothe) has been in love with Tom since the first time he met her at a campfire on a beach in California, but he’s spent the six years since she disappeared dedicating himself to the backbreaking art of making wine.

When David decides to cancel all the plans he’s ever made and pursue the relationship he’s never been able to forget, Tom has to decide whether to commit to a conventional life or continue her life of adventure. 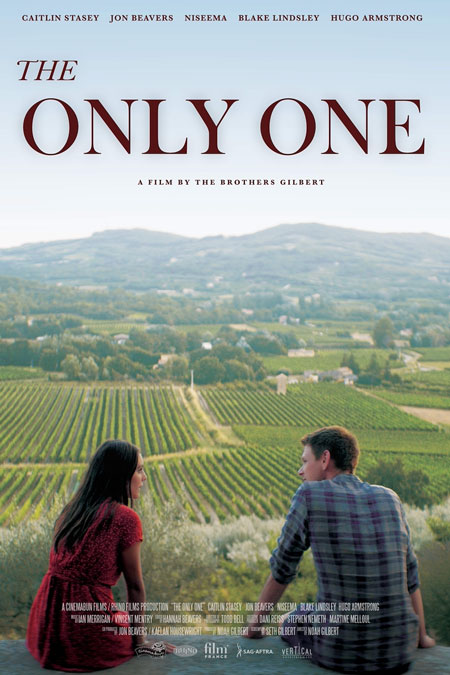