The Power of the Dog

The Mary D. Fisher Theatre is proud to present the acclaimed new drama “The Power of the Dog” showing for a limited time: Dec. 3-5.

“The Power of the Dog” stars Benedict Cumberbatch and Kirsten Dunst, and is written and directed by Academy Award-winner Jane Campion.

Set in Montana in the 1920s, Campion’s hotly anticipated new film is an enthralling revisionist western awash in sublime expanses and nuance, capturing a landscape and a people driven by the fantasy and folly of western expansion.

Charismatic rancher Phil Burbank (Benedict Cumberbatch) inspires fear and awe in those around him. When his brother brings home a new wife Rose (Kirsten Dunst) and her son Peter (Kodi Smit-McPhee), Phil torments them until he finds himself exposed to the possibility of love.

Rose and Peter (Kodi Smit-McPhee) arrive at the Burbank ranch — seemingly wholesome and naïve — and attempt to fit into the family’s complex dynamic of new money, but are continually stymied by an unspoken brotherly bond.

Cumberbatch shines in this ferocious performance as a cowboy to the core, whose hurtful, macho quips toward Peter and his mother hint at a simmering menace and a capacity for erratic cruelty; a kind of camouflage that only serves to repress deep-seated trauma and latent desire.

Proving once again that she is one of today’s greatest filmmakers, Campion delivers a fascinating study of masculinity and internal torment. 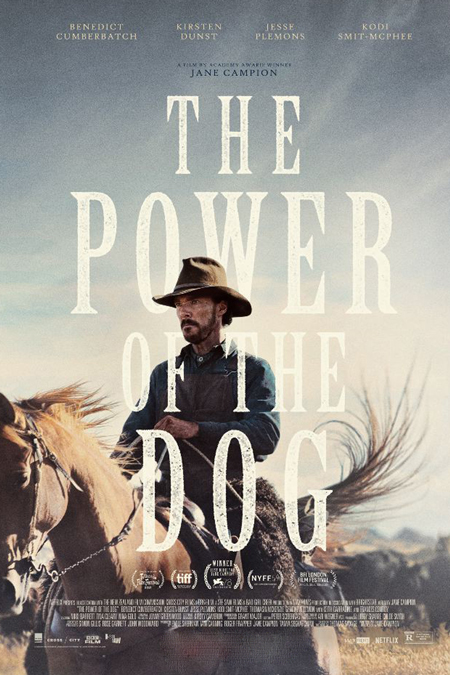