The Sanctity of Space

The Sedona International Film Festival is proud to present the Northern Arizona premiere of the awe-inspiring documentary “The Sanctity of Space” showing May 13-18 at the Mary D. Fisher Theatre.

Brad Washburn was the greatest aerial mountain photographer of all time. Hanging out the open door of an airplane, he flew above unmapped mountain ranges — capturing iconic images with which he could make maps, pursue scientific inquiries, discover first ascents, and inspire people.

More than eighty years after Washburn first photographed Denali from the air, climbing buddies Renan Ozturk and Freddie Wilkinson look at some of Washburn’s images and have this crazy idea: rather than go up, their dream is to go sideways — across the range’s most forbidding peaks, the Mooses Tooth massif. It’s a decidedly new school way to explore the same landscape Washburn first discovered.

As they pioneer the route over the course of two expeditions, enduring freezing bivies, cut ropes, and rockfall along the way, their desire to be the first to complete the audacious line grows into an obsession. But friendships begin to fray when Renan suffers a near fatal brain injury, forcing them to decide what’s most important. When they rendezvous in the small town of Talkeetna for yet another attempt, all bets are off.

While the climbing action unfolds, Washburn’s own incredible story comes to life through stunning archivals and recreations. As a young man he turned down Amelia Earhart’s offer to join her on her around the world flight, then pulled off one of the gutsiest exploratory climbs in history — the epic first ascent of Mt. Lucania — but suffered his own fatal plane crash which left two women dead. His superhero wife Barbara ultimately redeemed him, and helped him map and explore the greatest landscapes on Earth, and his relationship with Ansel Adams allowed him to transcend his day-to-day job as Director of the Boston Museum of Science to become something he would never admit to being: an artist.

Filmed over a period of five years, “The Sanctity of Space” brings together visual elements of the highest order — from Washburn and Adams’s stunning large format black and white photographs to state-of-the-art helicopter cinematography to space photography — with an unforgettable story spanning generations. It’s both a white-knuckle adventure tale, and a celebration of the spirit of exploration. 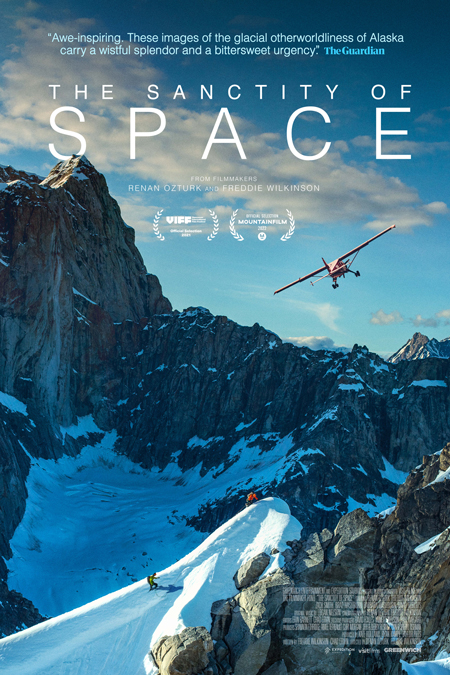