The Stick EWI Project:
In the Moonlight

There have been a countless number of instrumental duos throughout the years, but none have featured the two unique little-known American instruments known as The Chapman Stick® and the EWI (Electronic Wind Instrument). That is, not until Michael Kollwitz & Walton Mendelson joined together to record the album 'In The Moonlight' under the moniker 'The Stick EWI Project.'

The duo will perform in concert in celebration of the new album’s release at the Mary D. Fisher Theatre on Friday, Jan. 10 at 7 p.m., co-presented by the Sedona International Film Festival.

The 1970s was a formative period in music that saw the birth of these two unusual yet obscure instruments, which, although rarely heard, have unlimited musical potential. You won’t believe your ears. Both longtime masters of these unique instruments, Michael & Walton, invite you to join them at this fun-filled, one-of-a-kind concert as they launch their new album on its first day of release. 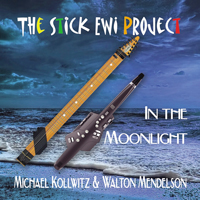 The Chapman Stick may be the most revolutionary new advance in stringed instruments since the invention of the electric guitar. Each hand plays independently- more like a piano than a guitar. This allows the player complete musical freedom with the incredible versatility of piano, guitar and bass all simultaneously.

Another radical development, the Electronic Wind Instrument (‘EWI’) is played somewhat like a clarinet and, interfaced with a synthesizer, produces the sounds of violins, woodwinds and brass instruments while preserving all the expressiveness of a saxophone or flute. 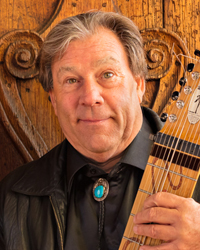 Michael Kollwitz
Michael has had 26 independent releases. His last three albums, ‘Serenity II’, ‘Serenity III’ and ‘Santa Plays The Stick’ have all charted as Top 10 albums on Billboard’s New Age album charts. His music has received considerable airplay, awards, nominations, and rave reviews worldwide. Also, his music is being played on numerous airlines and in hundreds of U.S. hospitals on The CARE Channel.

‘Serenity III’ debuted in the Top Five of all three of the major New Age charts including Billboard twice: #3 in Jan ‘19 and #2 in Feb 2019. ‘Serenity III’ also won a Silver Medal in the Global Music Awards in June 2019. ’Serenity II’ made the Billboard Top Ten New Age albums chart at #8 in 2018 in addition to receiving Grammy nomination consideration. ’Santa Plays The Stick’ debuted at #4 on Billboard and #3 on the New Age Music Chart in Nov 2019. It also won a Silver Medal in the Instrumental category from GMA. At a chance meeting at a gig on Maui, Carlos Santana was visibly impressed and described Michael’s music as “a gift of the heart” that made him feel good instantly. 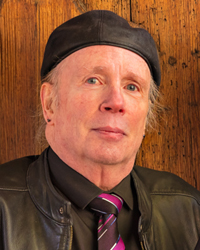 Walton Mendelson
Walton Mendelson grew up in Cleveland, playing the saxophone and flute as a child. In the late ‘60s, making the requisite pilgrimages to New York and L.A., he immersed himself in the folk, rock, and jazz scenes. Later, intrigued by early music — generally, music that was written before 1850 and performed on period instruments — he studied, performed, and wrote about it.

In 1989 he relocated to Prescott, Arizona, and began playing the Electronic Wind Instrument (‘EWI’) soon after. He produced and performed on an album of experimental chamber music entitled ‘The Isle of Melancholy & Madness: The Music of Frederick Sommer’ in 1998. In 2012, he began performing with local singer-songwriter Jo Berger as the duo Jo B. & Walton. In 2018, he met Michael Kollwitz at a local venue where their very first impromptu jam earned them a standing ovation from the audience. They discovered the sound of The Stick, and the EWI together was magic.

For more information on the Stick EWI Project, visit http://www.stickewiproject.com.

“The Stick EWI Project: In the Moonlight” is live at the Mary D. Fisher Theatre on Friday, Jan. 10 at 7:00 p.m. Tickets for the show are $15 in advance; $18 at the door. All tickets include a meet-and-greet with Michael Kollwitz and Walton Mendelson in the lobby after the show. 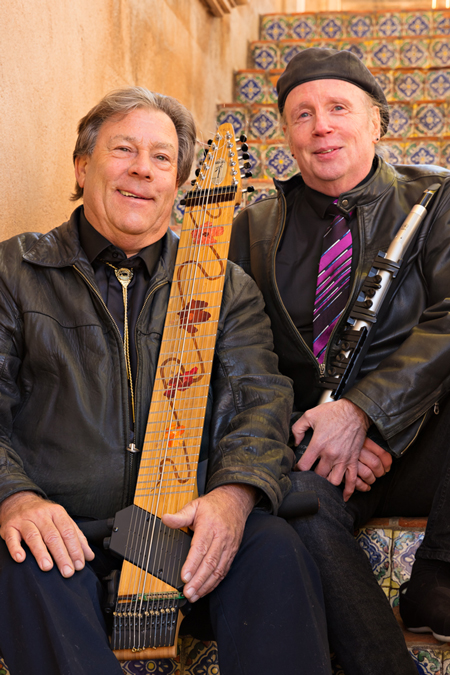