The World To Come

The Sedona International Film Festival is proud to present the Northern Arizona premiere of the acclaimed new drama “The World To Come” showing March 12-18 at the Mary D. Fisher Theatre.

In this frontier romance framed by the four seasons and set against the backdrop of rugged terrain, Abigail (Katherine Waterston), a farmer’s wife, and her new neighbor Tallie (Vanessa Kirby) find themselves powerfully, irrevocably drawn to each other.

On a farm in Upstate New York in the 1850s, Abigail has lost her only child to diphtheria, and in her grief during the months that follow she watches her life proceed from chore to chore alongside her husband, Dyer, until she meets Tallie, a young, emotionally frank and arrestingly appealing newcomer renting a neighboring farm with her husband, Finney. As grieving Abigail tends to the needs of her husband Dyer (Casey Affleck) and Tallie bristles at the jealous control of her husband Finney (Christopher Abbot), both women are illuminated and liberated by their intense bond, filling a void in their lives they never knew existed.

Through Abigail’s journal entries she encounters both her unquestioning willingness to take on the absorbing hardships of farm life in the mid-19th century and the increasingly poignant gap between the intensities of feeling she admits to herself and her real-world reticence.

The women’s intimacy and passionate devotion to one another grows, even as they begin to understand that they have no model for this new state in which they find themselves. As both husbands come to terms with the intensity of their wives’ connection — Dyer’s wounded feelings and Finney’s jealous vindictiveness — events climax with Finney’s decision to move Tallie away, and Abigail’s determination to pursue her lost kindred spirit. 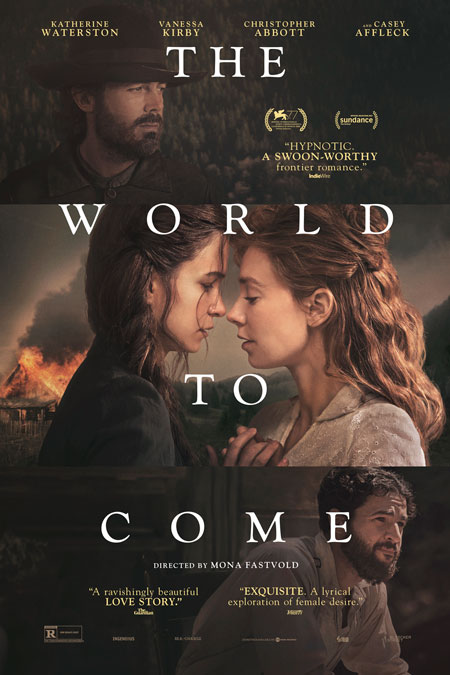