“Time” is nominated for the Academy Award for Best Documentary Feature Film at this year’s Oscars.

In this intimate yet epic love story filmed over two decades, indomitable matriarch Fox Rich strives to raise her six sons and keep her family together as she fights for her husband’s release from the Louisiana State Penitentiary, commonly known as Angola.

Fox Rich is a fighter. The entrepreneur, abolitionist and mother of six boys has spent the last two decades campaigning for the release of her husband, Rob G. Rich, who is serving a 60-year sentence for a robbery they both committed in the early 90s in a moment of desperation.

Combining the video diaries Fox has recorded for Rob over the years with intimate glimpses of her present-day life, director Garrett Bradley paints a mesmerizing portrait of the resilience and radical love necessary to prevail over the endless separations of the country’s prison-industrial complex.

Time cross-cuts footage from the past and present, framing it with a lyrical voiceover from Fox and her sons to provide a uniquely intimate perspective into the long-term costs of incarceration: the children who grow up without fathers, and the mothers who are forced to become caregivers and legal experts all at once. It also reveals how families sustain themselves on sheer faith to prevail over the endless separations of the prison-industrial complex — a remnant of the legacy of slavery.

The film’s gorgeous black-and-white cinematography and symphonic rhythm lend an epic quality to Fox and Rob’s story — a story not just of strife, but also of radical, resilient love. 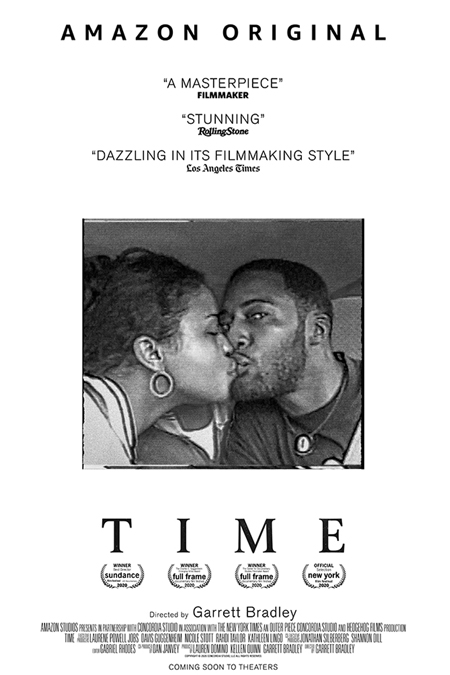