The world premiere of Noah Baumbach’s “White Noise” received a warm reception as the opening-night film of the Venice Film Festival. The Venice gala audience gave the film a three-minute standing ovation, with big cheers for lead Adam Driver in particular.

The film — adapted from Don DeLillo’s breakout novel — tells the colorful and eccentric tale of university professor and well-respected expert in Hitler studies, Jack Gladney (Adam Driver), and his wife, Babette (Greta Gerwig). The two grapple with worries about death, fears only exacerbated following a catastrophic nearby chemical explosion that pollutes the air.

At once hilarious and horrifying, lyrical and absurd, ordinary and apocalyptic, “White Noise” dramatizes a contemporary American family’s attempts to deal with the mundane conflicts of everyday life while grappling with the universal mysteries of love, death, and the possibility of happiness in an uncertain world. 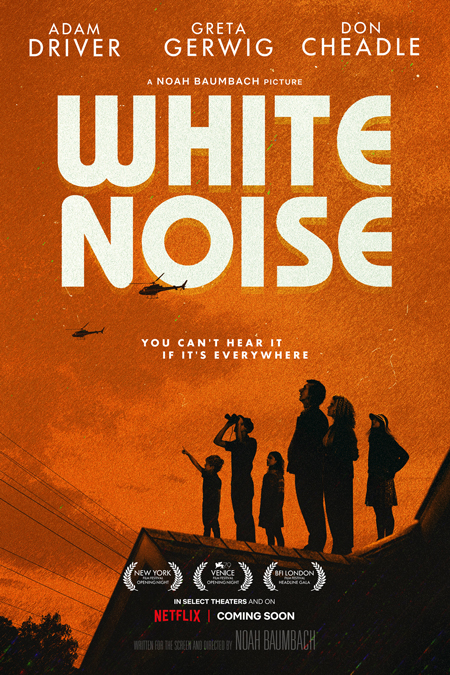